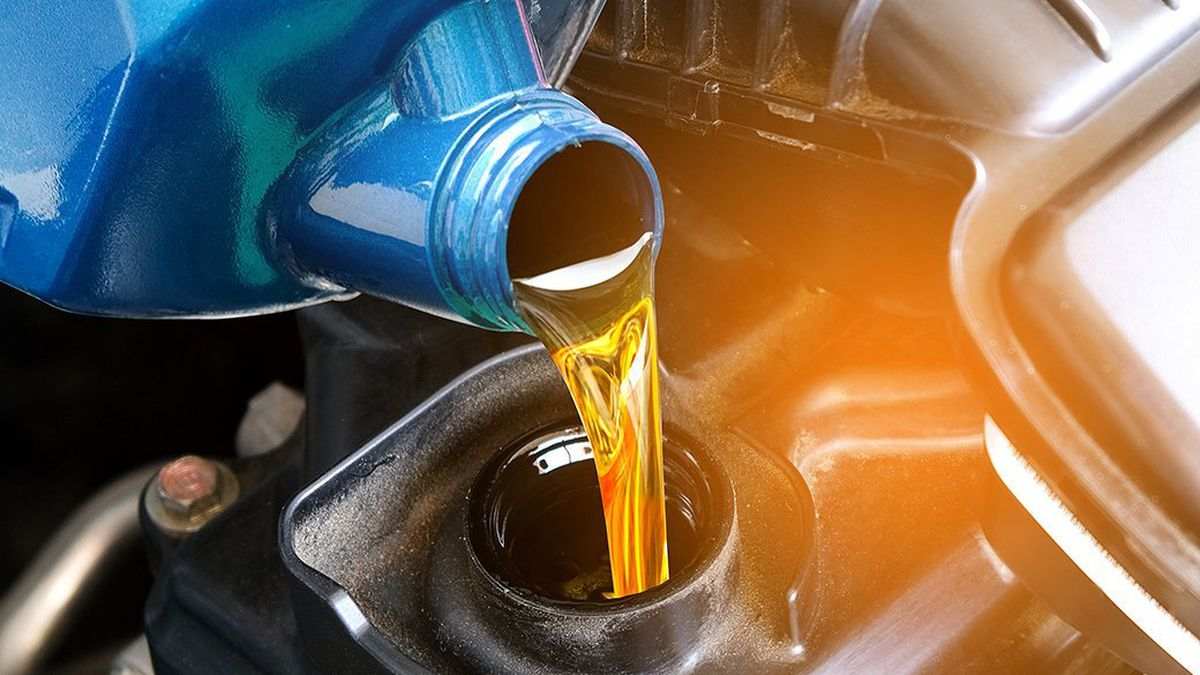 Our 5w30 Vs 10w30 engine oil comparison guide has the answers you’re looking for.

Indeed, even though both types of engine oil serve the same purpose, they each have different properties that make them ideal for certain situations.

Both are multi-grade oils; however, 5w30 is thinner and faster-flowing oil, making it better suited for light-duty vehicles, while 10w30 has a thicker, slower-moving composition ideal for heavy-duty engine applications.

That’s just a general overview of the difference between 10w30 and 5w30. Not only does this in-depth 10w30 vs 5w30 guide provide everything you need to know about these two oils, but it also recommends some excellent options for your car or truck.

Before diving into the comparison, it helps to know what 10w30 and 5w30 are exactly.

As you probably already know, the engine is the heart of every internal combustion vehicle, machinery, or power equipment, as well as its most expensive part. Engine oil or motor oil, as it’s commonly known, is the substance that keeps it lubricated.

This liquid reduces friction between the engine or motor’s various moving parts so that it runs properly day after day.

Engine oil has many other benefits besides providing lubrication:

It goes without saying that this oil is the lifeblood of an engine.

Must read: Metal Shavings In Oil — Why It’s Bad

There are different categories of engine oil, and viscosity is the biggest factor used by the Society of Automotive Engineers (SAE) to determine their performance.

What Is A Multigrade Oil?

5w30 and 10w30 are two of the most common multigrade oils, though they are by no means the only ones.

What is 5w30 engine oil? Simply put, it is a multigrade viscosity engine oil used in internal combustion engines and other machinery.

What this essentially means is that 5w30 oil is thin enough to flow effectively at low temperatures and is less likely to thicken in the cold than other engine oils.

What is 10w30 engine oil? It is a multigrade motor oil primarily used in heavy-duty vehicles, particularly those built to handle heavy loads.

Now that you know what 5w30 and 10w30 motor oils are, let’s look at how they compare against each other with regards to their viscosity, lubrication, cooling, impact on fuel efficiency, and compatibility.

Viscosity is the most obvious difference between 5w30 and 10w30 oil. As noted earlier, it represents the thickness of the oil and its resistance to flow.

Both 5w30 and 10w30 oil have the same hot-temperature rating of 30, achieving the same thickness and flowability after reaching operating temperatures.

But while they also have a similar viscosity rating at low temperatures, the lower rating of 5w30 grade oil allows it to thicken less and flow better than 10w30 grade oil in cold conditions to provide the engine with the lubrication it needs.

On the other hand, the smaller temperature window of 10w30 oil means it flows better than 5w30 in higher temperatures.

The primary purpose of engine oil is to lubricate the engine parts. It reduces the friction between the parts to reduce their rate of wear.

5w30 provides better lubrication than 10w30 in everyday driving thanks to its greater flowability. However, because 10w30 is thicker and flows slower, it provides better sealing, especially for high-mileage engines.

As an engine gets older, the clearances between its parts widen, requiring thicker oil for better protection.

Engine oil plays a critical role in the cooling of any engine. The oil circulates near the combustion chamber, carrying a lot of the heat generated during the combustion back into the engine’s oil cooler, where some of the heat is dissipated into the atmosphere.

Thick oils don’t absorb or transfer heat as effectively as thin oils do, so being the thinner of the two, 5w30 oil will typically do a better job keeping your engine cooler than 10w30 oil.

Since it’s the lifeblood of an engine, it shouldn’t come as a surprise that motor oil impacts fuel efficiency.

Thicker oil has a higher resistance to flow and creates more drag than thinner oil. And, of course, the more drag placed on your engine’s bearings and other moving parts, the harder it is for them to move and the more fuel expenditure is required to move your car or truck.

Therefore, since 5w30 motor oil is thinner and flows faster than 10w30 oil, it will make your engine more fuel-efficient or, at the very least, not reduce its fuel efficiency. But while you might notice an improvement in efficiency, the difference between the two oils isn’t likely to be drastic.

5w30 has a wider operating temperature range than 10w30, making it the more versatile option in just about every weather driving condition. Not only is it effective in low temperatures, but it also works well in high temperatures.

10W30 is also a good option for a large range of environments; however, it’s noticeably less effective than 5w30 in low operating temperatures.

But even though 5w30 oil is more readily usable in most cars and trucks, it’s not always the ideal choice. You have to consider factors such as the climate where you live, the age of your engine, and how the engine is applied.

5w30 and 10w30 are both great engine oils, and one isn’t necessarily better than the other.

For best performance, it’s important to understand how each of them works in a given ambiance. 5ws30 is ideal for all seasons but works particularly well in cold environments.

The low viscosity and high flowability of this oil optimize fuel economy since it produces minimal drag on the engine’s bearings and other moving parts.

10w30 is thicker, flows slower, and has a slightly better high-temperature operation, providing better sealing for engines with looser parts.

You will find that light-duty engines such as those used by most passenger vehicles and power equipment commonly use 5w30 oil, while 10w30 is often relegated to engines designed to bear heavier loads due to its ability to withstand higher pressure.

In the end, the decision on choosing 5w30 or 10w30 will come down to the climate where you live and the age and design of your engine, assuming your vehicle manufacturer doesn’t recommend one over the other.

There are so many engine oils on the market that finding a good one for your car or truck can feel overwhelming, but you shouldn’t rush the process.

Fortunately, many excellent, high-quality oils to choose from, and the following are some of our favorites.

In the world of synthetic motor oils, the Mobil 1 Extended Performance Full Synthetic Motor Oil is hard to beat. This advanced, fast-flowing 5w30 formula provides effective lubrication and will protect your engine for up to 20,000 miles (32,187 km) between oil changes under optimal driving conditions.

Both oils work exceptionally well in low or high temperatures, making them ideal for everyday driving.

If you have an older vehicle with an old engine or the engine is designed to bear heavy loads, then a 10w30 may just be what you need. Two of the best 10w30 engine oils on the market also happen to come from Mobil 1 and Valvoline.

The Mobil 1 High Mileage 10W-30 Motor Oil wins praise for its long-lasting protection. Designed for engines with over 75,000 miles (120,700 km) on the odometer, it protects critical engine parts for up to 10,000 miles (16,093 km) between oil changes and meets ILSAC GF-6 standards to facilitate low-speed pre-ignition (LSPI).

The Valvoline Advanced Full Synthetic SAE 10W-30 Motor Oil, on the other hand, uses the same high-quality formula as the 5w30 version, though optimized for better operation in high temperatures.

You’re reading this because you have more questions about 10w30 and 5w30 motor oils, right? Well, we’ve collected some of the most popular on the web and answered them.

No, it’s generally not ideal to use 10w30 oil instead of 5w30 oil. For optimal engine protection, fuel efficiency, and overall performance, you should always use the motor oil recommended by your car’s manufacturer.

If your engine was designed to use a low viscosity oil such as 5w30, using a higher viscosity oil like 10w30 can result in increased drag, a higher engine temperature, and accelerated wear.

On the flip side, if you use a lower viscosity oil than required for your car or truck, the oil will fly off the engine’s internal parts when the vehicle is operational and not provide sufficient lubrication.

Assuming your engine is not designed to work with a specific type of oil, mixing two different motor oils shouldn’t pose a problem, provided they have a similar classification.

Since 5w30 and 10w30 engine oils are similar and have close viscosity, mixing them won’t damage your engine. However, they shouldn’t be mixed if you want optimal engine performance.

There is usually no need to change your engine oil from 5w30 to 10W30. The 5w and 10w in their names are ratings that refer to their low-temperature behavior, while the last digits represent their behavior in high temperatures.

While they have slight differences, particularly in cold-temperature viscosity, both oils have virtually the same performance and provide the same level of protection at operating temperatures.

Should I Use Thicker Oil In An Older Engine?

Yes, it will be beneficial to use thicker oil like 10w30 in an older engine. This is because as an engine gets older, the clearances of its bearings widen and, therefore, demand thicker oil for optimal protection.

Switching to a higher viscosity engine oil — say, from 5w30 to 10w30 — will improve the operation on an older engine.

So, there you have it — a full breakdown of the difference between 5w30 and 10w30 oil. While they are both excellent multigrade motor oils that will effectively lubricate and help protect your engine, they vary in their properties.

Here is a summary of their key differences:

While it may seem as if 5w30 is better than 10w30, they each have their strengths. Their effectiveness will largely depend on the weather conditions you drive in, the age of your engine, and whether the engine is designed for light- or heavy-duty applications.

Of course, regardless of which one you think is better, you should always go with the engine oil recommended by the engine manufacturer.

If you found our 5w30 vs 10w30 comparison guide useful, you should check out some of our other articles. Learn what causes a car to shake when accelerating, the implications of a tire pressure sensor fault, and the telltale signs of a bad spark plug.