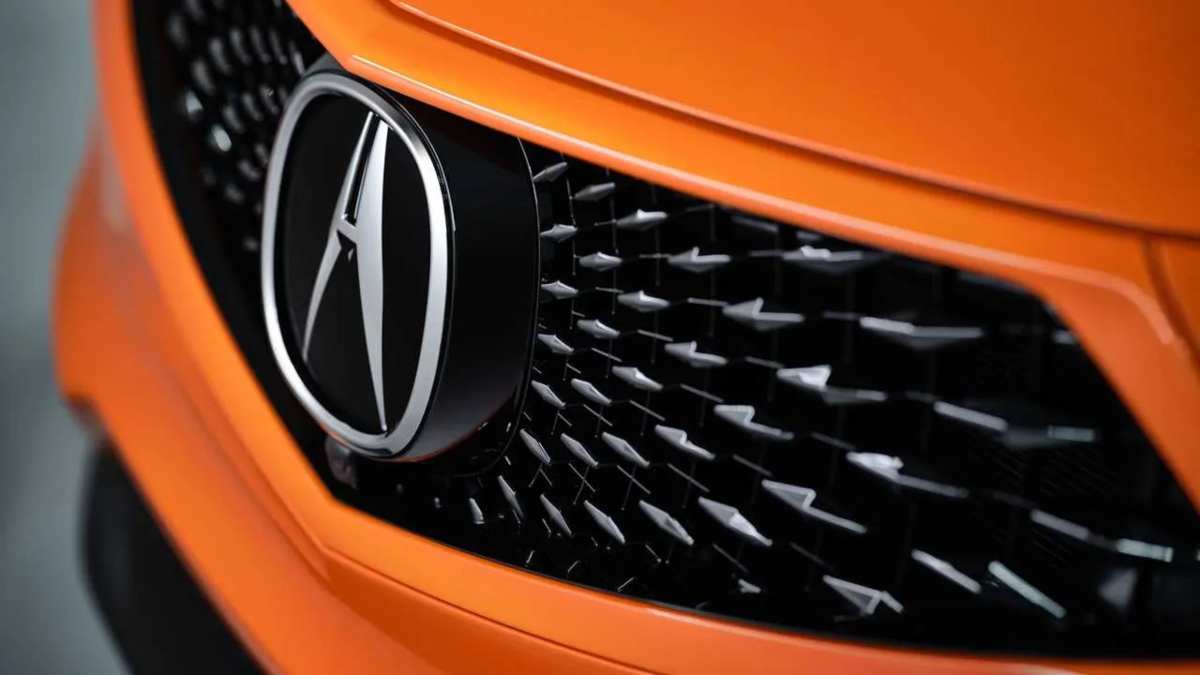 Are Acuras good cars that, among other factors, are reliable and easy to maintain? Our detailed brand assessment provides an answer.

When most people think about luxury cars, Acuras are usually not the first brand to come to mind. Household names like Mercedes-Benz, BMW, Audi, and Lexus are the poster child for this class of vehicles, but that’s not to say Honda’s premium brand is to be scoffed at.

Acura makes very good cars and SUVs, not least because they are safe, reliable, cheap to maintain, easy and comfortable to drive, fairly luxurious, and relatively affordable.

If you’re thinking about buying an Acura but need more convincing about the benefits of owning one, keep reading for our honest assessment of the brand and its offerings.

Not many people know this, but Acura is the luxury vehicle division of Honda. Introduced in 1986, Acura is in fact the first Japanese luxury car brand — older than Toyota’s Lexus and Nissan’s Infiniti.

You can learn more about its history and other interesting facts in this detailed overview of the brand.

Basically, Acura is a young car brand that was created by Honda to claim a piece of the lucrative luxury car market by challenging Mercedes-Benz, BMW, Cadillac, Lincoln, and other established players of the time.

The Legend luxury sedan and sporty Integra were its first models. Both proved successful, spurring the brand to introduce the original NSX coupe, a practical, relatively affordable mid-engine sports car that is widely regarded as one of the best performance cars ever made.

Acura quickly developed a reputation for developing fun and reliable cars that were more affordable than other luxury vehicles in their class, a reputation it continues to foster. Today, its lineup consists of sedans, a new NSX supercar, and several crossover SUVs.

The brand is much smaller than Lexus and the German luxury car brands, selling only in a small group of markets around the world, primarily the United States, Canada, Mexico, China, Panama, and Kuwait.

Despite offering two electrified models in the form of the NSX hybrid supercar and the hybrid version of the MDX three-row crossover, Acura currently doesn’t offer a full-electric vehicle.

The first electric Acura is expected to arrive in early 2024 and will likely be a large luxury sedan.

It should be clear by now that we have a favorable opinion of Acura. Indeed, Acuras are generally good cars in regards to safety, reliability, tech and convenience features, affordability, and cost of ownership.

Nearly all cars today, particularly those sold in North America, Europe, and other developed world regions, are very safe for drivers and passengers and continue to get safer.

Not only are modern Acuras built to the highest safety standards in terms of structural integrity and airbag technology, but they are also jam-packed with the latest crash-avoidance systems.

Acura cars and SUVs generally score ‘Good’ and ‘Superior’ marks on crash tests performed by the IIHS and NHTSA. With regards to the IIHS, nearly all of the brand’s current models have a Top Safety Pick+ rating, the highest possible.

Certain models can also be equipped with a traffic sign monitoring system that alerts drivers when it senses distracted driving.

So, are Acuras safe? Yes. Whether you’re talking about active or passive automotive safety systems, Acura vehicles boast the latest advancements that help ensure the safety of drivers and passengers.

Acuras are very reliable, not just in comparison to other luxury cars but to also the average mainstream vehicle. This is mostly because Acura is owned by Honda, an automaker with a strong reputation for reliability.

Acura vehicles share many parts with Hondas and are often built alongside them in the same manufacturing plants and to the same or higher quality standards. As a result, it’s not uncommon for them to run for 200,000 miles (321,868 km) or longer if properly maintained.

RepairPal, which assesses the reliability of vehicles using thousands of real-world data points gained through surveys and analyses of actual repair invoices, rates Acura 2nd out of 32 car brands, with Honda at number one.

Acura hasn’t been performing as well on Consumer Reports’ Reliability surveys over the past few years. However, this is mainly because of complaints about its latest infotainment system rather than with mechanical issues of its vehicles.

According to RepairPal, the most reliable Acuras are the ILX, TLX, and RDX, all three of which have a reliability rating of “Excellent”. The MDX isn’t too far behind with an above-average rating.

Discontinued models such as the TSX also have an excellent rating, while the TL is also above average.

So, are Acuras reliable? Yes. Like its parent company, Honda, Acura has a good reputation for making dependable vehicles. Bar recent issues with its infotainment system, its cars and SUV generally last a very long time with proper maintenance.

Early Acuras had a reputation for being fun to drive, a quality that made them a popular choice with driving enthusiasts, and we’re not just talking about the Integra and NSX of the 1990s…

While today’s Acuras lean more towards the comfort side, they still retain enough fun factor to differentiate them from Honda, as well as rivals such as Buick and even Lexus. The latest NSX represents Acura’s desire to stick to its performance roots.

You will get good power and handling out of them without sacrificing ride comfort, which usually entails more advanced engines, bigger tires, better suspension tuning, and other performance enhancements than what you get with the average car.

Acura’s engines and transmissions are refined, quiet, and fuel-efficient for their class

Of course, NSX notwithstanding, don’t expect even the most performance-tuned Acura to provide the exhilarating driving experience provided by a BMW M, Mercedes-Benz AMG, or Audi RS.

When it comes to luxury, Acura provides drivers and passengers with a rich collection of premium amenities befitting the luxury car segment it competes in.

From snazzy leather upholstery with intricate patterns to natural wood accents, an advanced but easy-to-use infotainment system with a large touchscreen display to a premium Audio system, and Jewel Eye LED headlights to “precision-crafted” 18- or 20-inch alloy wheels, Acura’s got it.

However, since Acura is a near-luxury car brand, its models are usually not as opulent or powerful as comparable models from BMW, Mercedes-Benz, Audi, and other full-fledged premium brands.

So, do Acuras have good amenities? Yes. Acura cars and SUVs are offered with a host of tech, convenience, and luxury features befitting near-luxury vehicles.

Is Acura a luxury car manufacturer? The answer is Yes, though there is a slight distinction.

You see, while Acura is indeed a premium brand, it primarily operates in what is known as the “affordable” luxury car segment, along with the likes of Buick, Lincoln, and Infiniti.

In other words, its cars and SUVs are generally considered an upgrade over mainstream vehicles such as Hondas, Toyotas, and Kias but not quite on the same level as those from full-fledged brands such as Mercedes, BMW, Lexus, and even Volvo in regards to prestige, features, and capabilities.

So you get a luxury car with more features, better craftsmanship, and better performance than most mainstream cars but at a more affordable price than charged by other luxury carmakers.

Used Acuras are also more affordable than used Lexus, BMWs, and Mercedes-Benz for the same reasons and are an especially smart choice considering their incredible reliability.

If you’re looking to buy a used car, be it an Acura or some other make, make sure to read our detailed used car buying guide for valuable tips.

So, are Acuras affordable? Yes. Acura cars and SUVs are some of the most affordable vehicles in the luxury segment, providing a lot of premium features at a relatively attainable price.

Acuras have a much lower cost of ownership than most of their competitors due to their relatively lower price, incredible reliability, and low maintenance and repair costs.

Since most of them are based on Honda platforms, you will find that they usually cost as much to maintain and repair as the typical Honda. Specialty models such as the NSX can be quite expensive to repair, however.

RepairPal estimates an average annual scheduled maintenance and unscheduled repair cost of $501, making Acuras cheaper to own and operate than vehicles from all other luxury car brands and many mainstream ones, including Subarus.

While Lexus isn’t too far behind, the average annual cost to repair a BMW, Mercedes, or Audi is considerably higher — nearly double!

Around 8 percent of repairs on Acura cars and SUVs are considered severe, much lower than the 12 percent probability across all the models in RepairPal’s database.

So, are Acuras expensive to own? No. Seeing as Acuras are generally very reliable, tend to cost less than other vehicles in their class, and share many parts with Hondas, their overall cost of ownership is quite low.

Here are answers to some other popular questions that should provide more insight into the quality of Acura’s cars and SUVs.

Why Is Acura Not Popular?

If Acura makes good cars and is a fine luxury brand, one would expect it to be very popular, right? Well, as you probably know, quality doesn’t always lead to success in the world of consumer goods.

Granted that Acura is fairly successful in North America, it’s not as popular as BMW, Mercedes, Lexus, and Audi globally mainly because it doesn’t have the prestige enjoyed by those brands.

Moreover, it targets only a subsegment of the broader luxury car market (“near-luxury”) and offers far fewer models.

Are Acuras Expensive To Fix?

Not only are Acuras not expensive to maintain or fix for luxury cars, but they’re also less costly than many mainstream cars. This is thanks to the fact that Honda makes them.

According to RepairPal’s continuously updated reliability data, Acura ranks 2nd out of 32 brands evaluated, placing it above all mainstream and luxury car brands except Honda.

The average annual repair cost for all Acura models is estimated to be around $500 per year, much lower than the $908 and $968 that’s required to maintain and fix a BMW and Mercedes-Benz, respectively.

Are Acuras As Reliable As Hondas?

Acura and Honda have similar reliability considering that both car brands are operated by the same automaker. Acuras share many parts with Hondas and are built on the same manufacturing plants with the same quality standards, if not higher given their premium positioning.

As far as core mechanics go (engine, transmission, etc.), Acura vehicles generally last just as long as Hondas. However, considering that they are often a testbed for Honda’s latest technologies and innovations, they may be prone to more issues.

Bear in mind that some Acura models last longer than others, and it goes without saying that the better you take care of your car, the longer it will usually last.

Yes. Acuras are good used cars because they have above-average reliability, respectable performance, more luxury features than the average mainstream vehicle, and a relatively low cost of ownership.

They also tend to be more affordable than other luxury vehicles in their class, so buying them used can get you a lot of substance for your money.

Honda’s premium brand, Acura, is a small player in the luxury car market, but its vehicles are nothing to scoff at. Despite what some people might want you to believe, it is a true luxury brand and operates more or less like one.

Acuras boast high-end features that contribute to a driving experience marked by good performance and a high level of comfort. They also benefit from Honda’s strong track record for safety and reliability and are, therefore, among the safest, most reliable, and least expensive to maintain vehicles on the road.

So, are Acuras good cars? Yes. While less luxurious than their European counterparts, Acura cars and SUVs provide a solid combination of price, safety, reliability, performance, and tech and luxury features that’s hard to beat.