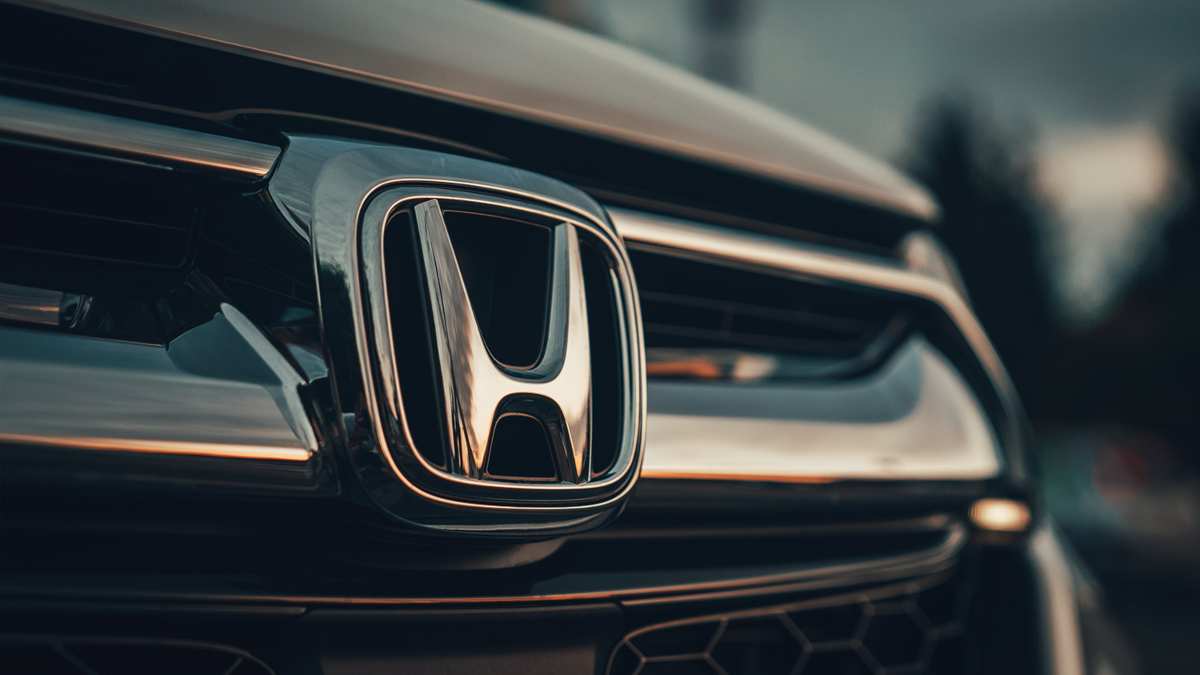 Are Hondas good cars? Are Hondas reliable? We give you the answers you need to shop with confidence.

If you’re looking to buy a practical and affordable everyday car, Honda has traditionally been a great starting point.

The Japanese automaker is well-known around the world for making some of the highest quality cars, so much so that models such as the Accord and Civic have become household names. No matter the type of vehicle, Honda likely has a very good one for you.

However, despite its popularity, solid reputation, and large fanbase, the brand isn’t perfect. We’re going to analyze Honda and its vehicles to provide you with a full picture of what it’s all about.

About Hondas And Its Cars

Honda makes a lot of things. As a Japanese conglomerate founded in 1946, the company designs and manufactures cars, motorcycles, engines, garden equipment, personal watercraft, power generators, and even airplanes, among other products.

In the automotive realm, it is a full-fledged automaker that competes in virtually every mainstream vehicle segment. Need a dependable family sedan? You can’t go wrong with the venerable Honda Civic and Accord. What about hatchbacks? The Honda Fit (Jazz) and Civic Hatchback have you covered.

In the ever-so-popular SUV and crossover segment, Honda plays to win with the HR-V, CR-V, and Pilot, while car enthusiasts will certainly find great pleasure in the performance-tuned Civic Type-R and, in Europe, the NSX supercar.

Honda even offers a very capable minivan in the form of the Odyssey, as well as a mid-size pickup truck called the Ridgeline, though both models were developed primarily for the North American market.

On the hybrid front, the Japanese automaker offers the Honda Insight hybrid; hybrid versions of the Accord sedan and HR-V and CR-V crossovers; and the Clarity Plug-in Hybrid.

Honda didn’t dive headfirst into the electric car movement as some automakers did, but its small but growing lineup of electric vehicles includes the Honda e (Europe only) and all-electric version of the Clarity.

It is, however, one of only a few automakers to offer a hydrogen fuel-cell electric vehicle — the FCX Clarity — albeit in very limited numbers.

Does Honda make good cars? To find out, we need to evaluate the safety, reliability, ride and handling, tech features, affordability, cost of ownership, and attractiveness of its current lineup.

Safety is the most important consideration when buying a car, and Hondas have routinely ranked among the safest vehicles on the road.

They score very high for safety in instrumented tests conducted by numerous organizations around the world such as the Insurance Institute for Highway Safety (IIHS), National Highway Traffic Safety Administration (NHTSA), Euro NCAP, and ASEAN NCAP.

Not only are Honda cars structurally built to meet the highest safety standards, but they are also equipped or offered with Honda Sensing, an advanced suite of collision-avoidance and driver-assistance technologies that minimize the risk of accidents.

So, are Hondas safe cars? Some of the safest on the road. Honda designs them with the best practices and latest technologies to keep you and your passengers safe on the road.

If ever there is one thing Hondas are known for, it’s their reliability. In fact, Honda’s success was built off the unprecedented level of dependability exhibited by its vehicles over the decades.

Granted the company’s reliability has suffered in recent years as a result of the increasing sophistication of its cars, Honda continues to perform well above average in reliability surveys conducted by Consumer Reports, JD Powers, and other consumer advocacy and data analytics companies.

RepairPal, a U.S.-based company that aggregates the reliability data of many different car brands and models, gives the brand an above-average rating. In fact, of the 31 brands the company evaluates, Honda ranks number one for all-around reliability.

Some Honda models have better reliability than others, but they don’t differ by much. According to Repair Pal’s analysis, the average Honda visits a repair shop approximately 0.3 times a year for unscheduled repairs, and only 10 percent of those repairs are considered severe and, therefore, expensive.

The longest-lasting Honda models have traditionally been the Honda Accord and Civic.

So, are Honda cars reliable? Yes. Despite being knocked down a peg or two in recent years, Honda continues to be a poster child for reliability. The least reliable Honda cars are often more reliable than the most reliable cars from many automakers.

Some cars ride like sofas on wheels (devoid of feeling or any excitement), while others offer a bit more engagement. And then you have those models that glide smoothly over the road or are too harsh to be comfortable.

The average Honda isn’t a sports car by any means or even as sporty as Mazda’s cars, but it manages to strike an unprecedented balance between ride-and-handling that few, if any, of its mainstream competitors can match.

Rather than feeling sedated when behind the wheel, you feel engaged. And instead of the car clumsily wallowing in and out of corners as its comfortable and accommodating ride would suggest, it feels precise and assured.

Moreover, their engines are usually smooth, quiet, refined, and powerful enough to pick up and go easily and quietly. Interior noise and vibration are hardly ever an issue.

If fun is what you’re after, Honda has built many great sports cars over the years and they have been a blast to drive.

In addition to the Honda Sensing suite of safety features, all modern Hondas are available with the tech and convenience features you’d expect of vehicles of their respective classes, including remote start and keyless entry, Bluetooth connectivity, 360-degree cameras, and heated seats and steering wheels.

Multi-zone climate systems, WiFi hotspot, wireless charging for your phone, and head-up displays are other popular features available on an increasing number of Hondas.

Honda is also heavily invested in autonomous driving tech and was the first automaker to sell a vehicle (the Japanese market Honda Legend) equipped with a certified Level 3 self-driving technology, though only 100 units of that vehicle will be made.

Only 100 units of that model will be made, but the technology is expected to be available on many of its vehicles by 2025.

So, do Hondas have good tech? Yes. Honda cars are available with the latest and greatest tech and convenience features.

Honda is a mass-market brand and, therefore, geared towards the average person. As such, they are priced in the same ballpark as other mainstream brands such as Toyota, Nissan, Ford, Volkswagen, and Hyundai.

The problem with Hondas is that they tend to be on the more expensive end of the mainstream spectrum, often costing more than your average Hyundai, Kia, and Nissan. You have the brand’s solid reputation for reliability and build quality to thank for that.

So while Hondas usually start off as affordable vehicles, they can become expensive quickly as you move up trim levels and rack up the options. The very popular Accord, for instance, has a starting price of less than $25,000 in the U.S. but can jump to over $40,000 with options.

Hondas hold their value very well, which can be a good or bad thing depending on if you’re buying or selling one. Selling a used Honda will often get you more money than selling a vehicle from every other mainstream brand aside from perhaps Toyota.

Conversely, used Hondas are a little pricey, so buying one can cost you a pretty penny. The Honda Civic, Accord, and CR-V are notorious for being expensive on the used car market.

So, are Hondas affordable? Yes and no. While generally affordable, Honda cars can be a little expensive as far as mainstream vehicles go and, therefore, unattainable for an average person on a tight budget. Moreover, used Hondas are often more expensive than comparable models from other brands.

Due in large part to their incredible build quality, Honda cars have a relatively low cost of ownership. They need less frequent repairs than most car brands, and their repairs are generally easy and inexpensive.

The fact that there are so many Hondas on the road makes parts easy to come by, and just about every mechanic in the world has experience working on a Honda.

The typical annual repair cost for Honda vehicles varies between models, but according to RepairPal’s data, the average cost for the brand’s lineup is $428 per year, which compares very favorably to the industry average of $652.

Other factors contributing to the low cost of ownership of hondas are fuel-efficiency and insurance. These cars are among the most fuel-efficient in their respective classes, meaning less money spent on gas.

So, are Hondas cheap to own? Yes. You’ll spend less money maintaining, repairing, fueling, and insuring them than cars from most other manufacturers.

As a large mainstream brand, Honda designs its cars to appeal to as many buyers as possible. So while they aren’t what you would call ugly or weird, they’re not show-stoppers either.

“Bland” and “boring” are terms often thrown around in discussions about the Japanese automaker’s styling, which is unfortunate considering that other mainstream automakers such as Mazda, France’s Peugeot and Citroën, Hyundai, and Kia have shown that being mainstream doesn’t mean being boring.

Even Toyota, a brand that people normally associate with boring designs, has made an effort in recent years to spice up the look of its vehicles.

Are Toyota Cars Good? Find Out!

Are there Honda cars that have some personality? Certainly! The Honda e, for instance, has a sense of fun that’s hard to ignore, while polarizing Civic hatchback will certainly make you look twice. Some would even call the recent Accord “elegant” inside and out

The problem is that these exciting Hondas are few and far between.

So, are hondas attractive? Perhaps. As a whole, they tend to have safe, inoffensive designs that most people won’t find off-putting nor exciting.

The Verdict On Honda Cars

They have impressive safety ratings and better build quality and reliability than most rival vehicles, and a low cost of ownership and are offered with the latest tech and convenience features.

The only downsides with Honda cars are that many of them have very bland styling and their reputation for reliability has made them a little bit more expensive than the competition, especially on the used car market.

Are Hondas reliable? Yes. Their build quality and reliability are almost unmatched in the industry. Are Hondas good cars? You bet! If you’re looking to buy a new or used car, it’s pretty hard to go wrong with a Honda.