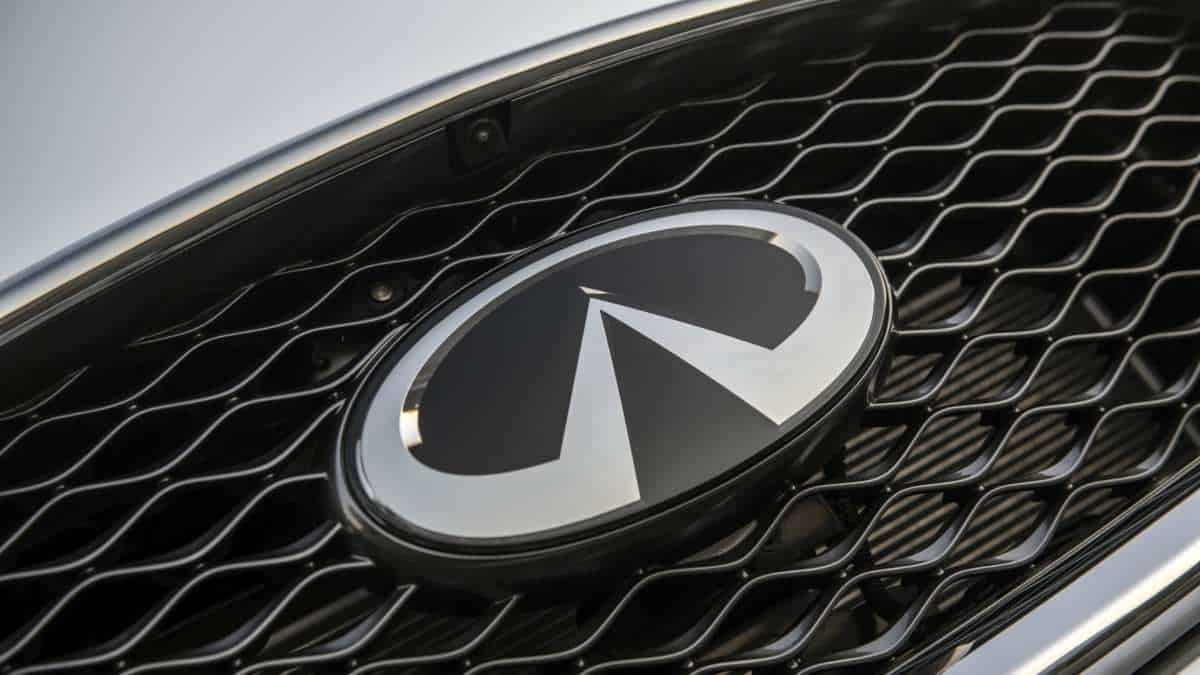 Are Infinitis good cars, and are they reliable? Our honest assessment of the brand will help you decide if buying one is worth it.

The carmaker known as Infiniti is one of the lesser-known names in the automotive industry. The brand is less ubiquitous than BMW, Mercedes-Benz, Lexus, and other household names, but that’s not to say it has bad cars.

On the contrary, Infinitis are good cars, and as a luxury brand, Infiniti has been working tirelessly to provide car buyers with a full lineup of competitive models in the premium car market.

This article explains why Infiniti cars and SUVs are good.

Not many people know this but Infiniti is the luxury car brand of mainstream automaker Nissan. It was founded in 1987 in response to Honda introducing Acura and Toyota creating Lexus around the same time.

Learn more: Are Nissans Good Cars? Are They Reliable? Find Out

All three Japanese automakers wanted a piece of the lucrative premium car segment, which had been dominated by established European and American premium brands, particularly Mercedes-Benz, BMW, Cadillac, and Lincoln.

Introduced in 1989, the first Infiniti cars were the Q45 sedan and M30 coupe, both of which proved successful not long after hitting the market.

The company expanded its model lineup throughout the 1990s and 2000s with more models and vehicle body styles, including the iconic G-Series line of sedans or coupes, crossovers of various sizes, and a body-on-frame SUV.

While most prevalent in North America, Infiniti also operates in Europe, the Middle East, and Asia. The brand’s lineup in the United States and Canada currently includes:

Infiniti doesn’t currently offer any electrified vehicles, but considering the expertise parent company Nissan has in the area, expect the first all-electric Infiniti to arrive by 2025. The model will likely be a crossover based on the Nissan Ariya.

Infinitis are good cars because they score well on all the criteria that make a car good, namely safety, reliability, performance, tech and convenience features, affordability, and cost of ownership.

Considering that Infiniti is the luxury brand of Nissan, an automaker that has been making cars for over 80 years, Infiniti cars and SUVs are among the safest vehicles on the road. They are designed and manufactured with solid structural integrity and offered with the latest safety and driver assistance tech.

In North America, Infinitis consistently perform well on crashworthiness tests carried out by the IIHS and NHTSA, often receiving the highest ratings. What this means is that they do an exceptional job protecting both driver and passengers in the event of an accident.

But why get into a collision in the first palace? Being the luxury vehicles they are, you can also expect them to be offered with the latest accident avoidance systems.

Most, if not all models, come with Infiniti’s Predictive Forward Collision Warning System, which alerts you with audible and visual cues when the vehicle directly ahead of you makes a sudden movement, as well as forward emergency braking with pedestrian detection, lane departure warning, blind-spot warning, rear-cross traffic alert, and other safety features.

So, are Infiniti cars safe? Yes, Infinitis are just as safe as other mainstream cars on the market due to their solid structural integrity and crash-avoidance systems.

The reliability of Infiniti’s cars and SUVs can vary greatly from model to model; however, the brand has fairly average reliability overall.

According to ReoairPal’s reliability assessment, which uses data aggregated from mechanics across the U.S. to assess the reliability of a brand and its models, Infiniti scores 3.5 out of 5.0, placing 16th out of 32 brands.

This score isn’t all that impressive when compared to mainstream brands such as Honda, Toyota, and Mazda, but it’s not that much different from the scores of other luxury car brands.

Infiniti consistently performs better than BMW, Audi, Mercedes-Benz, and but worse than Acura, and Lexus.

In Consumer Report’s 2021 and 2020 Auto Reliability Surveys, Nissan’s luxury brand ranked 12th and 14th, respectively, once again higher than most European luxury marques but lower than its Japanese contemporaries.

It’s worth pointing out that, as with many modern vehicles, much of the reliability issues reported in reliability surveys stem from the sophisticated tech and conference features of the vehicles rather than mechanical problems.

So, are Infinitis reliable? While generally less reliable than mainstream brands such as Toyota and Honda, Infiniti cars have consistently performed better than most European luxury brands in reliability studies. They are not as reliable as Lexus or Acura vehicles, however.

Infiniti cars and SUVs generally drive well, often providing sufficient power and a composed and compliant ride; however, they are not as fun to drive as their European competitors or even Infinitis of the 2000s.

The G35 of the early 2000s, for example, was often considered equal to or better than the iconic E93 BMW 3 Series in terms of driving dynamics, while the FX made a big splash as a high-performance, aggressively-styled crossover. What you get nowadays with most Infinitis is a mellow driving experience similar to what you get with Lexus and Acura models.

Engine output and fuel efficiency are often competitive, so driving in the city or on the highway shouldn’t be a problem.

In other words, as easy, pleasant, and comfortable as Infiniti cars and SUVs are to drive, you’ll need to look elsewhere if sporty performance is of the utmost importance. Cadillac, Alfa Romeo, BMW M, and Mercedes AMG still offer some truly exhilarating vehicles, in case you’re wondering.

So, do Infinitis drive well? Yes. Infiniti vehicles are easy and comfortable to drive and deliver competitive engines, but they are not as sporty as they once were.

Infiniti is the luxury brand of Nissan, so its vehicles tend to be more luxurious than the average Nissan or mainstream vehicle. They generally offer better refinement, more tech and convenience features, more powerful engines, or a longer driving range in the case of electric models.

Their interiors are appointed with high-quality materials (leather upholstery, premium metals, real wood, etc.), all with a very good fit and finish. They can also be equipped with plenty of the latest tech, convenience, and safety features to keep all occupants comfortable and happy.

The brand is not a full-fledged luxury marque like Mercedes-Benz, BMW, and Lexus, so you shouldn’t expect any of its models to offer the level of opulence typically associated with flagship statement pieces such as the S-Class or 7 Series.

So, are Infinitis refined and luxurious? Yes. As a luxury car brand, Infiniti offers most of the tech, comfort, and convenience features people have come to expect from modern vehicles. Infiniti models are typically refined and use premium materials.

Luxury vehicles are more expensive than the average mainstream vehicles, so Infiniti cars typically cost more than Toyotas, Hyundais, Kias, and the like. However, they are more affordable than many other luxury cars, especially those from Europe.

Like Buick, Acura, Lincoln, Genesis, and even Cadillac, Infiniti lacks the prestige of BMW, Mercedes, Audi, and Lexus and, therefore, can’t get away with the high prices those brands charge for their vehicles. As such, you generally get more for less.

Related: Find Out How Good And Reliable Genesis Cars Are

The price discrepancy is even more pronounced with used Infiniti vehicles, which you will find are noticeably cheaper than second-hand Lexus, BMWs, and Mercedes-Benzs.

So, are Cadillacs affordable? It depends on the vehicle segment. As luxury vehicles, Infinitis are expensive when compared to comparably-sized mainstream cars and SUVs but generally cheaper than European luxury vehicles.

Cost of ownership takes into account purchase depreciation, maintenance and repair costs, fuel economy, and insurance. Unsurprisingly, luxury vehicles are more expensive to own and operate than mainstream vehicles due to their higher purchase, maintenance, and insurance costs.

Infinitis are no exception and depreciate faster than the average car. They are heavier and usually have more powerful engines than equivalent Nissans, making them less fuel-efficient.

According to RepairPal’s data, Infiniti cars and SUVs sustain an average of $638 per year in scheduled maintenance and unscheduled repairs, which is a bit lower than the $652 average for all models evaluated.

They cost noticeably more to maintain than Nissans and other mainstream vehicles, as well as Lexus and Acura, but far less than BMWs, Mercedes-Benzs, and Audis.

An estimated 10 percent of all repairs would be considered major or severe, compared to a 12 percent industry average.

So, are Infinitis expensive to own? Infiniti cars and SUVs are more expensive to own than the average mainstream car but usually cheaper than European and American luxury cars.

If you want to learn even more about the quality of Infiniti’s cars, keep reading for answers to some of the most popular questions about the topic.

Considering that Infiniti is owned and operated by Nissan, its vehicles share many parts with Nissans and are built on the same manufacturing lines to the same or higher quality standards. As such, you would expect Infinitis to hold up as well as Nissans, which usually last 10 years or about 200,000 miles (321,869 km), if not longer, depending on how well they are maintained.

However, while Infiniti vehicles can last that long if properly taken care of, they are more prone to technical problems because of the added complexity of their luxury, tech, and convenience features.

Do Infinitis Hold Their Value?

Infiniti doesn’t have the prestige of German premium brands such as BMW and Mercedes-Benz or the reputation for bulletproof reliability enjoyed by Japanese marques like Lexus and Acura, so its vehicles tend not to hold their value as well as models from those brands.

Some Infinitis have good resale values, however. The spacious QX60 crossover, for example, has been shown to hold over 50 percent of its original value after five years of ownership.

Are Infiniti Cars Expensive To Maintain?

In terms of annual maintenance and repair costs, Infiniti vehicles are some of the most affordable luxury cars you can buy, cheaper to own and operate than most European models.

This is largely due to their above average reliability and the fact that they share many of their parts with Nissan vehicles, seeing as Nissan owns Infiniti.

Is Infiniti A Dying Brand?

Sales of Infiniti vehicles have dropped by a steep 50% since 2017, but while the brand hasn’t been performing as well as it used to, it will likely be around for the foreseeable future.

Parent company Nissan has expressed a strong commitment to revive its ailing luxury brand by bolstering its lineup with new models and technologies and more attractive designs.

Infiniti is a relatively young but recognizable car brand that operates in the luxury car segment. As the luxury arm of Nissan, its vehicles generally have all the qualities of a good car.

Infinitis are very safe; have better than average reliability, especially when compared to other luxury vehicles; drive, ride, and handle well; have good build quality and craftsmanship; and come with the latest tech, safety, and luxury features.

You will find that they are also fairly affordable when purchased new or used and aren’t exorbitantly expensive to maintain or repair.

So, are Infinitis good cars? Yes. While they don’t excel in any particular area, Infinitis are generally well-made and equipped luxury vehicles that are reasonably affordable to buy and own.