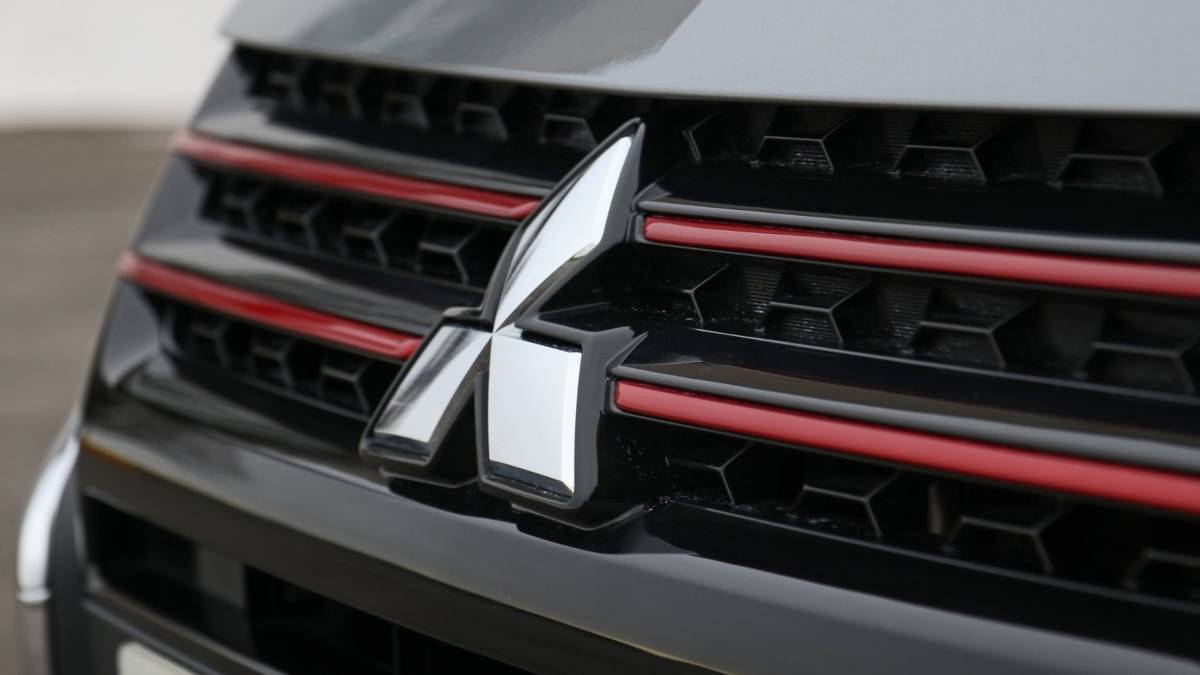 Are Mitsubishi good cars? Are they reliable? Perhaps not as good or as bad as you thought.

The past few decades haven’t been good for Mitsubishi Motors, to put it lightly.

Once a fairly sizable global player that made some of the coolest sedans and sports cars, the Japanese automaker now sells very few vehicles in key markets such as North America and Europe and there have been concerns that it might stop making cars altogether.

The reasons for Mitsubishi’s decline are multifold, but the quality of its vehicles certainly has something to do with it.

In this article, we dig into how good and reliable Mitsubishi cars are and whether it’s a smart move to buy one.

Does Mitsubishi still make cars? Yes. The company has been making cars for over 100 years and, contrary to what you might have heard, will continue to make them for the foreseeable future.

The origins of Mitsubishi Motors date back to 1917, when the company’s predecessor produced the Mitsubishi Model A, Japan’s first series-production automobile. The automaker was inseparable from Mitsubishi Shipbuilding Co. and later Mitsubishi Heavy Industries until 1970, when it became a distinct, standalone organization.

Like Toyota, Honda, Nissan, and other Japanese automakers, Mitsubishi gained its stride in the 1960s through to the 1990s, when a booming post-war Japanese economy, several calamities such as the global oil crisis, and strong demand for affordable, fuel-efficient, and reliable vehicles spurred it to expand abroad rapidly.

The 1970s saw the introduction of iconic models such as the Lancer and Galant sedans, while the Pajero — Mitsubishi’s most successful SUV — debuted in the 1980s. The Mitsubishi Eclipse was one of the most popular sports cars of the 1990s.

Mitsubishi stumbled in the 2000s. Massive recalls, a disastrous incentive scheme, and a fuel economy scandal depleted the company of much-needed resources, and the quality of its vehicles suffered as a result.

Starved of money and forced to cut back its global operations, it was acquired by Nissan in 2016, becoming part of the Renault-Nissan Alliance.

Mitsubishi’s current lineup of vehicles is not particularly diverse, but there are a few compelling options for value-conscious buyers looking for an affordable, well-equipped vehicle.

Here is a list of Mitsubishi’s models currently available:

The discontinued Mitsubishi i-MiEV was the world’s first highway-capable mass-produced electric car, preceding the Nissan LEAF. Like other mass-market automakers, Mitsubishi is in the process of electrifying its entire lineup.

Now that you know a bit about Mitsubishi’s track record of making cars, let’s look at just how good its vehicles are.

We’re going to evaluate them based on their safety credentials, reliability, build quality, performance, features and amenities, affordability, and cost of ownership.

Mitsubishis are good cars as far as safety is concerned. They perform well in crashworthiness tests and are available with the latest crash-avoidance systems.

The Outlander crossover SUV is the safest, most tech-laden Mitsubishi model currently available, having earned the highest possible safety rating from the IIHS. But even a tiny, bargain-basement model like the Mirage can be equipped with most of Mitsubishi’s driver assistance systems.

So, are Mitsubishi safe cars? Yes. Not only do Mitsubishi cars have good crashworthiness, but they are also available with advanced driver assistance systems that increase driver convenience and confidence and reduce the risk of collisions.

Mitsubishi of the 1980s and 1990s had a reputation for making some of the most reliable vehicles, rivaling industry titans Toyota and Honda. Fast forward to today, and things are a little different.

The reliability of Mitsubishi cars has dropped over the past several decades, to say the least, and to such a degree that the brand often scores in the bottom half of reliability surveys carried out by Consumer Reports and J.D. Power.

Even so, Mitsubishi still enjoys a reputation for reliability and makes fairly dependable vehicles. RepairPal, a certified network of repair shops that tracks the reliability of vehicles using decades-worth of repair invoices, ranks it 6th out of 32 car brands.

It’s worth pointing out, however, that this result is heavily skewed by older generations of Mitsubishi models and many discontinued nameplates, which have traditionally been more reliable than newer Mitsubishis.

According to RepairPal, the most reliable new Mitsubishi model is the Mirage, while the least reliable is the Outlander.

So, are Mitsubishi cars reliable? The reliability of Mitsubishi’s vehicles has reduced after peaking in the late 1990s, but it’s still fairly decent or even good by modern standards.

We don’t normally dedicate an entire section to build quality in our automotive brand overviews, but it’s a very important point of discussion in the case of Mitsubishi. That’s because build quality is one of the biggest complaints people have about its cars.

Whether it’s the lowly Mirage or the more expensive Outlander, their interiors suffer from subpar material quality that makes them look and feel dated.

The buttons, switches, and paneling feel cheaper than what you get from the competition, not least because there’s a lot of hard plastics everywhere and opting for an upgrade package does little to improve things.

So, Mitsubishis have good build quality? No. Poor interior material quality and fit and finish are weak points of Mitsubishi cars, as their interiors often look and feel chintzy and dated.

Modern Mitsubishi cars and SUVs provide good performance with regards to power, handling, and ride quality; however, they tend to fall behind the competition in all those areas.

That’s to say Mitsubishis of the past two decades typically have less power, poorer ride quality, and poorer gas mileage than most of their competitors, although the difference is usually very small.

This is likely to change in the future as Mitsubishi increasingly benefits from the engineering and technological expertise and deeper pockets of Nissan, which acquired a majority stake in the company in 2016. Nissan has its issues, but it generally makes better cars.

As for driving dynamics, Mitsubishi’s vehicles focus more on comfort than on driving enjoyment. Mazdas, Hondas, and Kias are generally more fun-to-drive.

Mitsubishi cars are offered with most, if not all, of the modern tech and convenience features you’d expect a mass-market vehicle to come with, including a comprehensive infotainment system with a sizable touchscreen, Apple CarPlay and Android Auto compatibility, and Bluetooth connectivity.’

Wireless device charging, a powerful Bose audio system, and other advanced convenience features become available as you climb up the company’s model line.

Not only can you get all the usual amenities, but unlike with some rival vehicles, several features such as Apple CarPlay come standard on all model trims.

Unfortunately, Mitsubishi’s infotainment systems tend to be outdated and deliver a poor user experience. Fortunately, this problem is largely remedied by Apple CarPlay and Android Auto.

So, do Mitsubishis have good features and amenities? Yes. Mitsubishi cars and SUVs are available with all the popular tech and convenience features commonly associated with modern mass-market vehicles.

The Japanese automaker doesn’t have the R&D budget of the big players in the industry and lacks brand recognition, so you’ll find that its cars and crossovers sell more on price than their competition.

It’s for this reason that the Mirage is one of the least expensive vehicles in North America.

If you want the best prices, buy a used Mitsubishi. They are often much cheaper than comparable used Toyota and Hondas.

Unfortunately, Mitsubishi cars are a testament to the old adage “you get what you pay for” true. Not only are they cheap, but as noted in our discussion of their build quality, they also feel cheap.

So, are Mitsubishi cars affordable? Yes. Mitsubishis are among some of the least expensive vehicles you can buy new or used; however, their low prices come at the expense of subpar build quality and infotainment systems.

Mitsubishi vehicles aren’t as reliable as they were in the 1990s and early 2000s, but they are still fairly reliable and inexpensive to maintain.

According to RepairPal, the average Mitsubishi visits a repair shop approximately 0.2 times a year for unscheduled repairs, a much lower frequency than the 0.4 across all vehicle models evaluated.

Their average scheduled maintenance and unscheduled repair cost is approximately $535 annually, noticeably lower than the $652 across all models.

Mitsubishi cars and SUVs are also fairly fuel-efficient and affordable to insure, meaning you won’t be spending a lot of money at the gas station or for insurance. They fall in the same ballpark as Hondas, Toyotas, and other mainstream vehicles.

So, are Mitsubishi cheap to own? Yes. Mitsubishi vehicles have good reliability and, therefore, are inexpensive to repair and service. They are also not expensive to fuel and insure.

Here are answers to other popular questions about the quality of Mitsubishi’s cars and SUVs.

Why Are Mitsubishi Cars So Bad?

Mitsubishi gets a bad rap, and for good reason. Its cars have a reputation for chintzy interiors, dated technologies, and poor refinement.

However, Mitsubishis are not as bad as some people might want you to believe. They have good reliability, are fairly inexpensive to maintain and repair, and come with a very long factory warranty.

How Long Do Mitsubishi Cars Last?

Mitsubishi cars have better than average reliability, so they can last a long time if properly maintained.

Put another way, a properly-maintained Mitsubishi can last 10 to 13 years before requiring any overly expensive repairs if you only drive 15,000 miles (24,140 km) each year.

Of course, some Mitsubishi models are more reliable than others and, therefore, last longer. The simple Mirage is a particularly long-lasting Mitsubishi.

Are Mitsubishi Cheap To Maintain?

Mitsubishi vehicles, especially subcompact models like the Mirage, are fairly cheap to maintain thanks in large part to their above-average reliability.

There is a low frequency of something breaking, and servicing them isn’t expensive.

Engine and transmission issues are among the most commonly reported problems with Mitsubishis, however, and they can be expensive to repair.

Do Mitsubishis Hold Their Value?

Mitsubishi cars don’t hold their value as well as Toyotas, Hondas, Mazdas, and other Japanese cars, but they have a better rate of depreciation than most other car makes thanks to Mitsubishi’s reputation for reliability.

Mitsubishi is one of the lowest-depreciating car brands.

Mitsubishi Motors is a multinational Japanese automaker that traces its origins to 1917. As part of the Renault-Nissan-Mitsubishi Alliance, the company produces affordable passenger vehicles for the masses.

Mitsubishis are fairly component vehicles. However, years of cost-cutting by Mitsubishi often means they are less advanced and refined than competing vehicles, especially Toyotas, Hondas, Mazdas, and Nissans.

While generally safe, models released from 2010 to 2020 have been criticized for their lackluster interiors, infotainment systems, and ride quality.

Mitsubishi tries to make up for these shortcomings by offering lower prices than the competition, but that hasn’t been enough to stop its dwindling sales. Until the company gets its act together, you’re probably better off spending a little extra to get a higher quality vehicle from another automaker.

So, are Mitsubishi good cars? While fairly competent and affordable vehicles, they typically trail the competition in technology, material quality, and overall refinement. Affordable pricing and a very long warranty are Mitsubishi’s few remaining strengths.