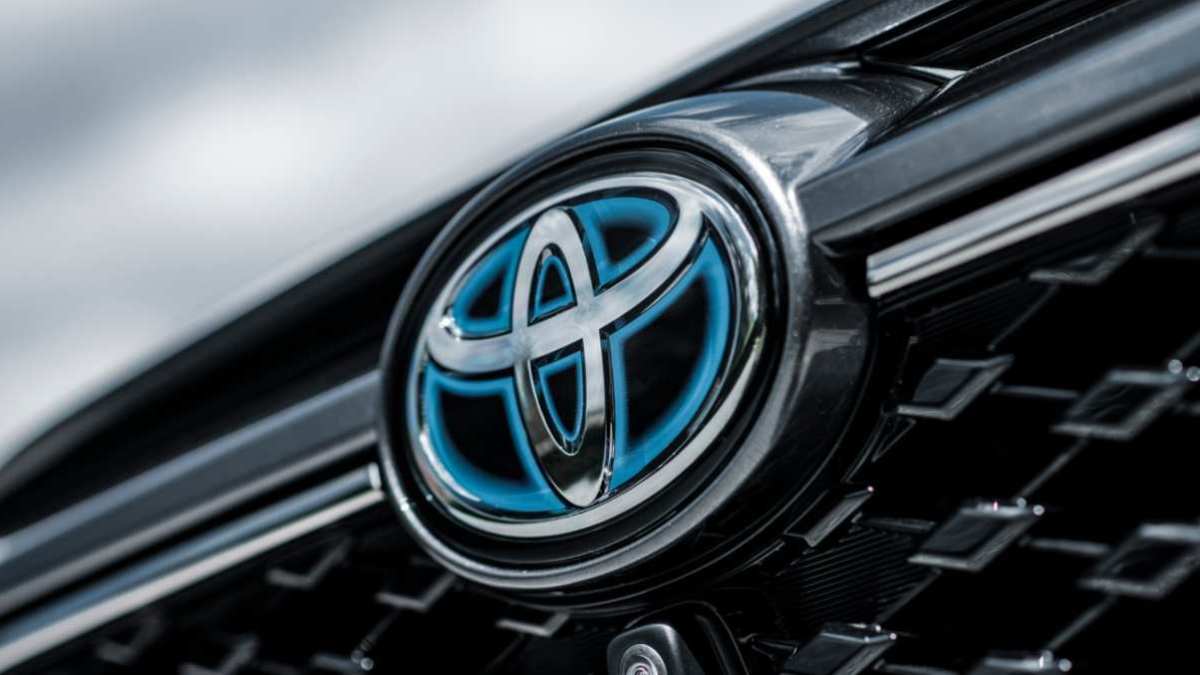 Are Toyotas good cars? Are Toyotas reliable? You’ll know by the end of our analysis.

Everyone and their grandmother has heard of Toyota, and why not? The company has been making cars for almost 100 years, and there are so many Toyotas on the world’s roads that the name ‘Toyota’ has almost become synonymous with the term ‘car’.

Indeed, Toyota has built a strong reputation over the decades for building quality cars and has experienced great success as a result. Chances you’ve at least driven a car from the automaker at one point in your life.

But are Toyotas good cars even in today’s automotive landscape where advanced connectivity and driver-assistance systems and stringent safety standards have made vehicles overly complex? We’re going to find out by analyzing the company and its vehicles.

About Toyota And Its Cars

Toyota is a multinational Japanese car manufacturer and brand that was founded in 1937. Ever since beating General Motors in 2006 to become the world’s largest automaker, the company has been vying with the Volkswagen Group for the title.

As a result of its extensive car-making experience and sheer size, it offers nearly every type of vehicle and has a car for just about anyone.

The iconic Toyota Corolla and Camry sedans have long been dependable family-haulers for the masses, with the former being one of the world’s most popular and best-selling vehicles. If interior room is of the utmost importance, the larger Avalon is the Toyota sedan to get.

Toyota also offers a slew of small cars, most of which are hatchbacks designed for Europe and developing markets. The AYGO and Yaris are very well-made vehicles, though those looking for a larger hatchback have the option of the Corolla hatchback.

The company was quick to capitalize on the SUV craze and offers over five distinct models, the most popular of which are the Toyota RAV4, Highlander, and CH-R crossovers.

If a traditional SUV built on the truck platform is what you need, the Land Cruiser, 4Runner, and Sequoia should be plenty to choose from. And speaking of trucks, Toyota is one of less than five automakers to offer both a midsize (Hilxus and Tacoma) and a full-size (Tundra) pickup truck.

Despite the declining popularity of coupes and convertibles, the company offers two purpose-built sports cars — the GT86 and Supra — for driving enthusiasts. The minivan segment is also on the decline, but the Toyota Sienna is still around, and it’s better than ever.

Finally, as a pioneer in hybrid technology, Toyota dominates the hybrid vehicle segment with the Prius and Venza, as well as hybrid versions of the Corolla, Camry, Rav4, and Highlander. It’s also pioneering Hydrogen Fuel Cell Electric vehicle, offering the highly-advanced Mirai as an alternative to battery-powered electric vehicles from Tesla.

Does Toyota make good cars? We’re going to find out by evaluating the quality of the brand and its vehicle using the seven criteria of a good car: Safety, reliability, ride and handling, tech features, affordability, cost of ownership, and attractiveness.

Safety, as you can imagine, is the single most important aspect of any car, and fortunately, and Toyotas are as safe as they come.

Many models rank highly in safety tests conducted by the IIHS, NHTSA, Euro NCAP, ASEAN NCAP, and other automobile safety rating organizations, often earning top marks. The reason for this is two-fold.

First, Toyotas are engineered and built from the ground up to be structurally sound in crashes from every angle (front, side, rear, rollover, etc.). Second, they are available with collision avoidance systems that reduce the risk of crashes occurring.

Toyota’s suite of collision-avoidance features is called ‘Safety Sense’, and it includes necessities such as automatic emergency braking, adaptive headlights, and blind-spot detection, and cross-traffic alert.

Unlike most other manufacturers that force buyers to pay extra for these features, the Japanese automaker typically makes them standard on every model trim.

So, are Toyotas safe? Yes. Built from the ground up to hold up well in crashes, and featuring advanced collision-avoidance systems, Toyota cars are very safe for driver and passengers.

Reliability is the first thing people think about when they hear the name Toyota. After all, Japanese cars are known for their dependability, and no other brand lives up to that reputation better than Toyota.

Almost all Toyota models are highly reliable, and the brand consistently ranks near the top in reliability surveys from data analytics and consumer intelligence organizations such as Consumer Reports, JD Powers, and ADAC.

Reliability varies from model to model, but reputable data aggregator RepairPal estimates that the average Toyota gets an unscheduled repair only 0.34 times every year, and of those repairs, only 12 percent are severe. It ranks 8th out of 32 brands for overall reliability.

Toyotas are so reliable that it’s very common to see ancient very old models driving around, and it’s often joked that models such as the Hilux and Land Cruiser are indestructible.

In a 2020 study by our friends at iSeeCars that analyzed 11.8 million used vehicle transactions to see which models over 200,000 miles (321,869 km) owners most frequently kept, Toyota dominated the list, accounting for five out of top 10 vehicles and taking the top three spots.

Many news Toyotas will last for 300,000 miles (482,803 km) or longer if properly maintained, and some older models have been known to last decades.

So, are Toyotas reliable? Yes. Toyota cars have historically been built to last and are among the most durable, dependable, and longest-lasting vehicles on the road.

Toyota cars were once known for having soft, floaty rides and disconnected steering that made them the bane of driving enthusiasts the world over, but that has changed for the better.

While still not as engaging as vehicles from sportier brands such as Mazda and even Honda, today’s Toyotas offer more excitement than their predecessors while still providing a smooth and comfortable ride. You’ll certainly feel safe and in control while driving one.

Their engines are also refined and quiet, offering enough power to make passing on the highway easy. Engine and interior noise, vibration, and harshness are hardly ever an issue with Toyotas.

For the driving enthusiasts who would rather walk than be caught in a Corolla or Camry, the GT86 and new Supra were made just for you.

So, are Toyotas good to drive? Yes. While not the most exciting mainstream cars to drive, they ride and handle competently, comfortably, and safely, and a lot of fun can be had with Toyota’s sports cars.

In addition to reliability, Toyotas excel in the area of tech and convenience features, offering the latest connectivity, infotainment, and driver assistance technologies.

The company has also invested heavily in self-driving technology in preparation for the autonomous era.

So, do Toyotas have good technology? Yes. Toyota generously equips its vehicles with the latest and greatest tech and convenience features.

Toyota isn’t a budget brand like Dacia or Datsun, nor is it a premium one like BMW, Mercedes-Benz, or Lexus. Like Honda, Nissan, Mazda, Ford, and Volkswagen, it’s a mainstream brand that caters to the average car buyer.

But while Toyotas are priced to appeal to the masses and are, therefore, considered ‘affordable’, many models can be optioned to such high prices that they might as well be premium vehicles.

Their legendary reputation for reliability allows them to command a price premium, however, meaning a new Toyota will typically cost more than a comparable Kia, Nissan, Chevrolet, or Ford after discounts and rebates.

Take the Camry, for example. Not only does it have an above-average starting price of almost $25,000 in the U.S., but you can expect to pay almost $40,000 for a fully-loaded model.

Toyotas also hold their value very well, which means a used Toyota is often more expensive than other used cars of comparable specs.

So, are Toyotas affordable? Yes and no. Although Toyotas are priced to appeal to the average car buyer, their ironclad reputation for reliability makes them more expensive than most of the competition.

Having established that Toyotas have incredible reliability and last longer than most other vehicles, it shouldn’t come as a surprise that they also have a low cost of ownership.

These cars require less frequent repairs than most of their contemporaries, and those repairs tend to be on the inexpensive side.

According to RepairPals’ 2021 analysis, the average annual scheduled maintenance and unscheduled repair cost for all Toyota models is $441 per year, which is much lower than the $652 average estimate for all brands and models.

Toyotas also tend to be very fuel-efficient and, therefore, inexpensive to fuel, while their relative affordability and low repair costs help make them some of the cheapest vehicles to insure.

Models like the Corolla, Prius, and Tundra have a reputation for being very inexpensive to maintain.

So, are Toyotas cheap to own? Yes. Owners of Toyota cars generally spend less money on gas, maintenance and repairs, and even insurance than owners of other makes.

“Toyotas are bland” is a common saying in my neck of the woods and probably yours, too.

For decades, Toyota relied on its reputation for reliability to sell its cars, placing little importance on their styling. The result? Cars that most people found to be bland, dull, and boring.

That started to change in 2018 when the company’s new CEO Akio Toyoda vowed to add more “flavor” and “seasoning” to its product lineup. While we don’t expect the new batch of Toyotas to win any styling awards, they are certainly bolder than previous-generation models.

And “bold” is the right descriptor for Toyota’s new designs. Unlike Honda, Mazda, and other mainstream automakers that have chosen to go with a sleeker, sporty, and/or elegant aesthetic, today’s Toyotas are a polarizing sight to behold.

You may or may not like their look, but they are not as bland and forgettable as Toyotas of yore.

So, do Toyotas look good? It depends on what you like. While Toyota’s old cars were widely regarded as bland and uninteresting, the polarizing styling of the latest models won’t be to everyone’s liking.

The Verdict On Toyota Cars

Toyota didn’t become the world’s largest automaker and one of the biggest companies in the world by making bad cars. On the contrary, it offers just about every type of car under the sun, and they are all well-built.

Toyotas meet all the criteria of a good car. They are relatively affordable; safe for drivers and passengers; easy, comfortable, and sometimes fun to drive; and “interestingly” styled, for the lack of a better word.

They are also offered with the latest tech and convenience features and have a low cost of ownership.

But their biggest selling point is their remarkable build quality and reliability, which has made them highly valued by both new and used car buyers. The longest-lasting cars are usually Toyotas.

Are Toyotas good cars? Not only are they good, but they’re also some of the best.