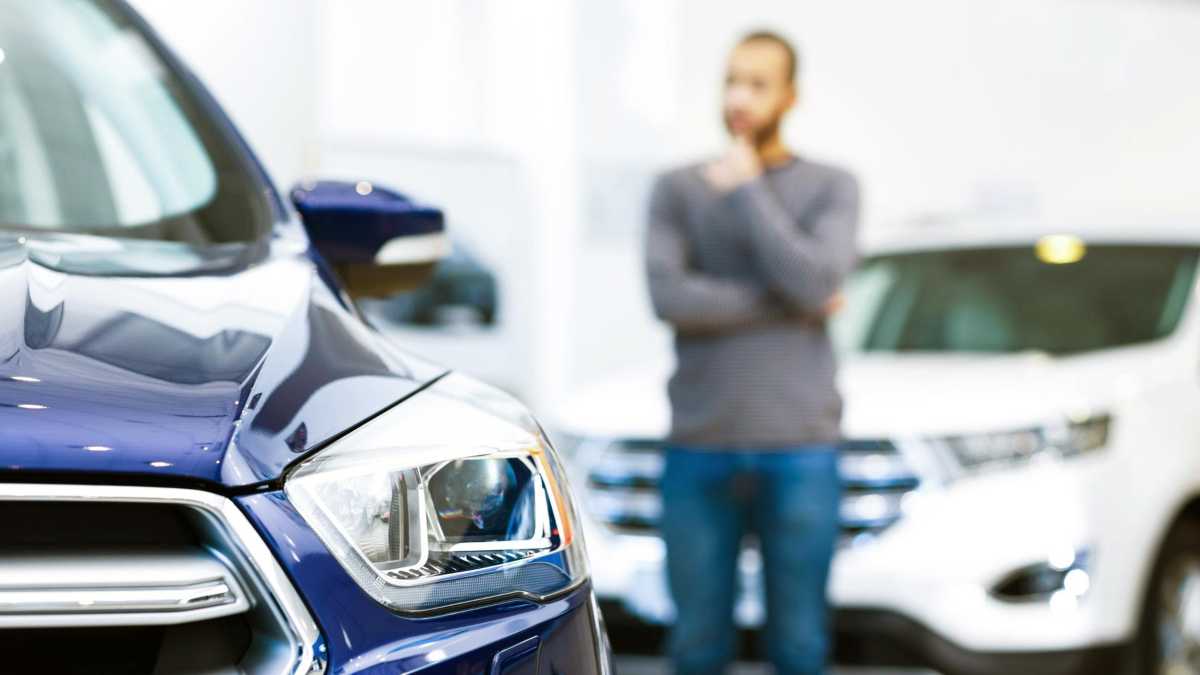 Save a lot of money on your next car — learn the best time to buy a car or truck in the U.S., Canada, and other parts of the world.

If you’re like most shoppers, you are always looking for ways to save money on major purchases. A car? Why, few purchases are as major as a car.

You’ll be happy to know that there are many ways you can save big on your next car, and knowing the best time of the year to buy it is certainly one.

In fact, the time of year can make a huge difference in how much you end up paying, thousands of dollars of a difference.

So, is now a good time to buy a car? Since we don’t know your particular situation, we will present all the best possible times, including the best month, day, and time of the year, and let you decide for yourself.

When Is The Best Time To Buy A Car?

Let’s look at each one deeper.

End Of The Year

As you probably guessed, the end of the calendar year is the best time of year to buy a car. The reason is twofold.

First, the last few months, especially December, bring massive year-end sale promotions and clearouts as dealerships and automakers attempt to finish off the year with a bang.

Second, dealers are looking to clear out excess inventory from the previous year to make room for newer models.

Both reasons place salespeople under great pressure to make a sale, giving you more room to negotiate a larger discount or more upgrades for your vehicle.

As the old saying goes, “good things come to those who wait.” If you don’t urgently need a new car, consider waiting until the end of the year to buy one.

End Of The Month

Similar to the end of the year, the end of the month is a period when dealers might be desperate to hit a sales target and win a big bonus. This makes them more likely to deeply discount a car, using the won bonus to make up any loss they might incur in the deal.

Even though they will probably be less motivated to give you an amazing deal if they’ve already hit their quota, you should always look out for end-of-month car deals.

If you’re someone who doesn’t like to feel rushed to accept a deal, no matter how good it may be, consider test-driving the car of interest earlier in the month and then closing the deal in the closing days.

Best Day To Buy A Car

The best day to buy a car is when the dealership is least busy, which is usually early in the week, particularly Monday and Tuesday. Understandably, they tend to be busiest on the weekends, when most people interested in getting a car are free to check out their options in person.

Since the salesperson will have fewer potential customers to attend to on those slow days, he or she will have more time to answer your questions, negotiate, or address any other needs you might have. In other words, you are less likely to feel rushed.

Be aware, however, that some dealerships close shop on Sundays and pick up the slack on Monday, turning what is traditionally a slow day of the week for the industry into one of the busiest. If that’s your case, it will be better to visit on a Tuesday or Wednesday.

Best Month To Buy A Car

While the end of December is the best time of year to buy a car, it’s not the only good month for deals. Here is a grouping of the least, moderate, and most discounted months:

January through April have traditionally been the least exciting months for the auto industry, and February, in particular, has the lowest average discount of any month.

Things “brighten” up quite a bit in the summer months as this is when many automakers introduce new models, which makes dealers want to sell off their older inventory as quickly as possible.

Finally, average discounts increase even further as you approach December. End-of-year sales bonuses can be quite the motivator for a dealership’s sales team.

Basically, if it’s October and you need a car, it can be worthwhile to wait until December to buy one, not just because of the potentially higher discount you will get but also because you’ll have more time to research the right car for your needs.

End Of The Model Year

There used to be a time when automakers launched their new model-year vehicles in the fall season. That’s no longer the case.

These models are introduced more evenly throughout the year nowadays, though the end of summer and early fall typically get the most love.

In other words, you’d be wise to keep a tab on when the car of your interest will change model years and make plans accordingly. Dealerships increase their incentives and offer great financing on previous model-year vehicles to quickly transition them out.

Make sure to compare both new and outgoing models to see if any features have changed and to get a better idea about pricing. While rare, there have been instances where the newer model had better incentives than the older one, particularly if it’s intended to be leased.

End Of The Design Cycle

When manufacturers decide to upgrade a model rather than discontinue it, either by giving it a refresh or a complete design overhaul, dealers usually provide very lucrative incentives to clear out the outgoing design.

If you’re OK with having a car that doesn’t have the latest styling or gadgets and gizmos, this strategy is for you. Otherwise, wait for the redesigned model.

End Of The Design Cycle

Not everything lasts forever. When an automaker decides to discontinue a model rather than redesign it, it’s usually a good opportunity to get an amazing deal.

Of course, you should never buy such a car without first determining why it’s being discontinued. If it’s due to a reliability or safety issue, consider getting another model.

Oftentimes, the reason is something as innocuous as changing trends. For instance, when Ford decided to discontinue its entire sedan and hatchback lineup because car buyers prefer crossovers, SUVs, and pickup trucks, anyone looking for a Ford in 2018/2019 would have likely found a great deal.

Best Holidays To Buy A Car

I’m sure you’ve seen your fair share of holiday-themed car commercials. Indeed, holiday sale events are another great opportunity to get a deeper discount than normally available throughout the rest of the year.

If you’re planning on buying during a holiday, make sure to plan ahead by test driving the vehicle and having your papers in order. The dealership will likely be jammed-packed with people looking to capitalize on the available deals as you are.

Here are the best holidays for buying a car.

Three-day weekends, or long weekends, as they are commonly known, are popular times for good car deals.

Memorial Day and Independence Day in the U.S. and Canada Day, for instance, all fall in the first week of July, when the summer buying season kicks off.

Labour Day is often seen as the unofficial end of summer and accounts for more than 2 percent of all new car sales in an entire year, according to some estimates. It’s usually also when the widest selection of vehicles are available.

Black Friday and New Year’s Eve are two other prominent holidays, but we discuss each one separately.

Black Friday is the biggest retail shopping day in the U.S., Canada, the UK, and many other parts of the world, so much so that people have been known to camp out for hours and even days for deals on major electronic items.

Like the rest of the retail industry, car manufacturers and dealerships are more than eager to capitalize on the buying frenzy that often ensues and offer massive discounts, “doorbusters”, and other incentives to sell as many of their cars as possible.

Just because many people and businesses take the day off to celebrate the turning of the year doesn’t mean there aren’t dealers scrambling to hit their monthly, quarterly, or yearly quotas. Au contraire.

New year’s eve is one of the busiest days for many dealerships and a very good time to buy a car, especially an outgoing model.

I mean, what better way to ring in the new year than with a new car you got a killer deal on?

When To Buy A Car FAQs

Is now a good time to buy a car? If you’re still pondering this question even after reading our in-depth guide, read on.

Is December A Good Time To Buy A Car?

Yes. Not only is December a good time to buy a car, but it’s also the best as far as discounts go.

Car dealerships are particularly desperate to hit their fourth-quarter and yearly sales target and clear out their inventory for newer models during this month, making them more willing to give buyers high discounts on both new and used cars.

Is January A Good Month To Buy A Car?

The first few months of the year, including January, generally have the smallest discounts, making them a less than ideal time to buy a car if you’re looking to save a lot of money.

This is because dealerships tend to begin a new year conservatively after being aggressive with their discounts in November and December.

When Is The Best Time To Buy A Used Car?

As with new cars, October, November, and especially December are the best time of year to buy a used car. These three months coincide with the height of the new-car buying season, when the highest number of people trade in their old vehicles for newer models.

These trade-ins increase a dealer’s used car inventory, resulting in a wider selection of used cars to choose from and better prices, especially if the dealer wants to hit a month- or year-end sales target.

When Is The Best Time To Buy A Truck?

The best time of the year to buy a truck is the same as it is for other types of vehicles, which is to say the later months. October, November, and December typically provide higher discounts than January through April.

Studies show that buyers save the most money in December and the least in February.

When Is The Worst Time To Buy A Car Or Truck

The worst time to buy a car is early in the year or month, or on the weekend, which is usually the busiest day of the week for dealerships.

Exceptions to this are big sale holidays that happen at the beginning of the month (Independence Day, Canada Day, etc.) and sales promotions that carry over from a previous month (e.g. New Year’s Eve).

Is there a single best time of year to buy a car or truck? Not necessarily. While the late months of November and December and holidays such as Boxing Day typically have the highest discounts, you can find many good deals throughout the calendar year.

In all reality, the best time to buy a new car is when you truly need one and have done the necessary research to ensure you end up with the right vehicle type, model, and size for your needs. This involves learning how to buy a car, of course.

So, when is the best time to buy a car? Whenever you feel ready. Buying a car is such a big financial commitment that you can’t afford to mess it up.