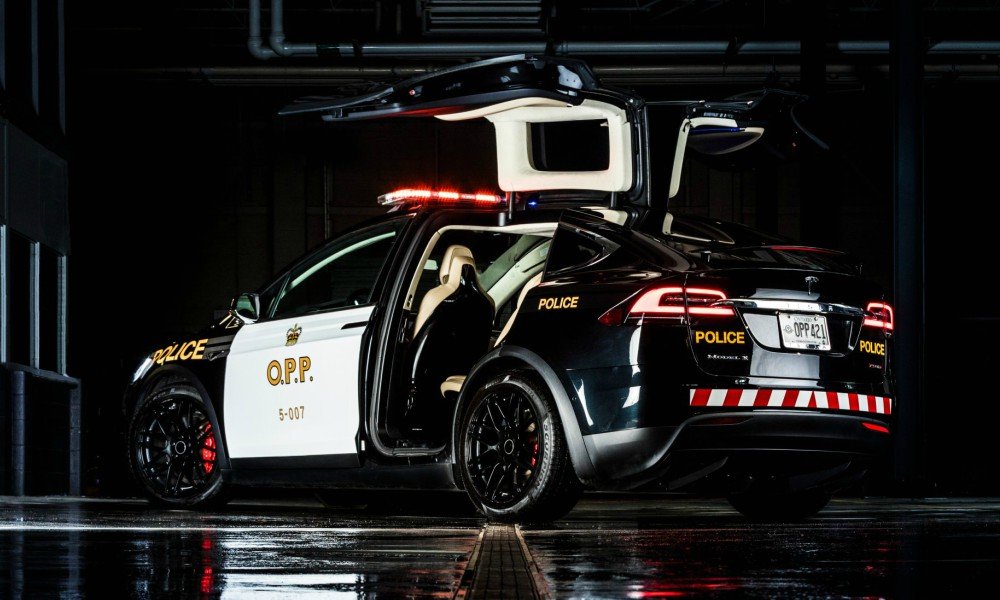 With their instant torque delivery, electric cars are primed for high speed police chases, and the Ontario Provincial Police (OPP) seems to have received the memo.

While the Tesla Model S has been the EV of choice for cities like Los Angeles and Denver, Canada’s largest province opted to base their cruiser on the Tesla Model X SUV instead, showing it off at the 2018 Canadian International Auto Show in Toronto for all to see.

Police departments have so far used Tesla’s vehicles more as a promotional tool rather than a serious, dedicated police vehicle, but it remains to be seen how Ontario will use their new Model X.

Imagine being pulled over by a Tesla Model X P100D, let alone chased by one…