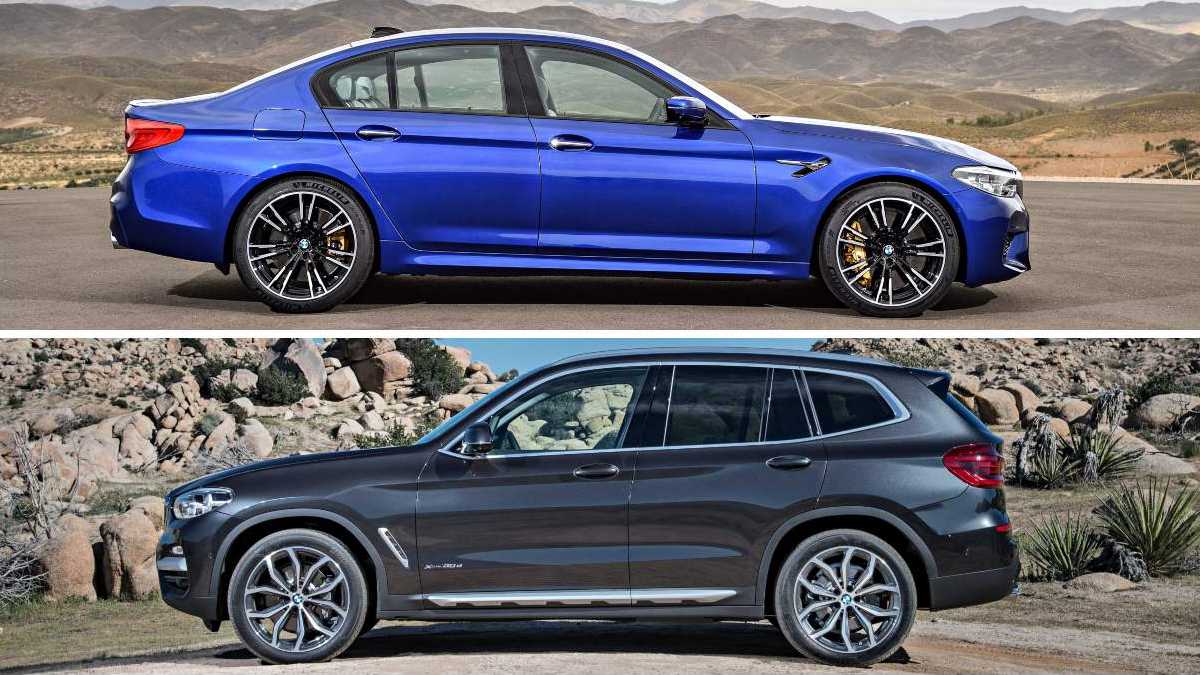 The sedan vs SUV debate is hotter than ever, and we settle it once and for all.

Sedans and SUVs are the two most popular vehicle classes around the world, but while the past decade has seen sales of sedans stagnate, if not shift into reverse, SUV sales have kicked into high gear.

More than 50 percent of new car sales in North America, Europe, and Asia now come from SUVs, and one has to wonder why. What is it about these vehicles that has car buyers flocking to them en mass, and are they actually better than sedans?

Our sedan vs SUV comparison guide gets to the bottom of this by describing each vehicle type, highlighting the benefits of owning and driving either one, and comparing them using 10 decision criteria to determine if one is truly better than the other.

Difference Between SUV And Sedan

There are 10 different types of cars, and sedans and SUVs are by far the most recognizable. As effective means of transportation, they have distinctly different designs that provide unique advantages for the owner.

What Is A Sedan Car?

Everything you need to know about sedans can be found in our well-researched, highly-detailed sedan buying guide.

The  sedan design has traditionally featured three separate compartments for the engine, passenger cabin, and cargo area, as well as four doors and a low ground clearance.

The engine compartment is located at the front, while the passenger compartment is situated in the middle and contains two rows of seats. The cargo compartment (trunk)  is enclosed and protrudes from the rear.

There are several different types of sedans, and one in particular, liftback sedans, are technically hatchbacks since they have a liftgate and one shared compartment for both the passenger and cargo areas instead of two separate ones.

Good examples of sedans are the Honda Civic and Accord, Toyota Corolla and Camry, BMW 3 Series, and Mercedes-Benz C-Class.

Driving a sedan has its advantages. The following are the biggest reasons for buying one.

Why Get A Sedan?

Sedans are a very efficient way of transporting four or five people. They are very fuel-efficient, easy-to-drive, and affordable.

Sedans are typically great everyday vehicles and a great value.

For detailed analysis of what SUVs are, read our expert researched SUV buying guide.

Like hatchbacks, wagons, and minivans, SUVs feature two compartments, a separate one for the engine and a second, much larger compartment shared by the passenger  and cargo areas.

They have an upright boxy body and a high ground clearance that give them a high center of gravity. While most SUVs come with two rows of seating, many large models offer three rows of seats that makes them a viable alternative to minivans.

Even though not all SUVs come with an all-wheel or four-wheel drive system, the feature is a key highlight of the segment.

There are two distinct types of SUVs — traditional SUVs, which are based on a light truck chassis, and crossover SUVs, which are built on a car platform. Understandably, the former delivers very truck-like performance, while the latter feels and drives more like a conventional car (sedan, hatchback, etc.).

For simplicity sake, we will use the acronym ‘SUV’ to refer to both traditional SUVs and crossover SUVs unless stated otherwise.

There are many good reasons why SUVs, especially crossover SUVs, are so popular:

Why Get An SUV?

SUVs are robust and versatile vehicles that offer plenty of cargo room and, with many models, the capability to drive on all road conditions and tow heavy loads.

For an active individual or family, as well as an outdoor or off-road enthusiast, an SUV will provide the best all-around utility.

Now that we have analyzed the key characteristics and benefits of sedans and SUVs, we’re going to help you decide between the two by comparing them against 10 pertinent decision criteria.

Contrary to what you might have heard, SUVs don’t offer significantly more interior room than sedans. The amount of space offered by models in the same size class can be nearly identical.

Even so, the taller bodies and longer wheelbase of crossover SUVs typically result in slightly more headroom and rear legroom for passengers to relax on long trips.

Also, if you need a third row of seats, and you can’t stomach the idea of driving a homely minivan, a three-row SUV will be your only option.

Make sure to read our SUV vs minivan comparison guide if you’re looking for a large family vehicle.

As with a hatchback, the cargo area of a crossover SUV is almost always more voluminous than a sedan’s trunk. A Honda CR-V crossover, for example, offers over 50 percent more cargo room than the similarly priced Honda Accord sedan, and that’s with the rear seats up.

Folding the rear seats only widens the cargo-hauling edge a crossover SUV has over a sedan, so if you routinely have to carry things, getting one may be your best move.

The higher ride height and seating position of SUVs are a double-edged sword. They can make getting in and out of the interior easier for tall people but more challenging for smaller individuals such as kids.

Accessing the cargo is far easier with SUVs than sedans, however, thanks to the significantly wider cargo opening of the former. Loading large items such as furniture can be a breeze with these high-riding hatchbacks but virtually impossible with sedans.

Since sedans have shorter bodies, sit lower to the ground, and, therefore, less top-heavy than SUVs and crossovers, they tend to be much easier to maneuver at any speed. There is less risk of rolling over, and parking in tight spaces is less of a hassle.

Granted there are easy, fun-to-drive crossover SUVs on the market, sedans are the clear winner when it comes to driving ease and enjoyment.

Having just a bit more visibility can go a long way to make you feel more comfortable behind the wheel, especially when crawling through a sea of traffic. To that end, the high ground clearance, larger windows, and higher seating position of SUVs results in better visibility for both driver and passengers.

To their benefit, sedans usually have an edge when it comes to blidspots since their smaller size and proportions make seeing around them easier.

SUVs generally have better performance capabilities than sedans. First, they are offered with a wider variety of powerful engines, from four-cylinder units to beastly V8s.

Second, while only a few sedans come with all-wheel drive as an option, the feature is almost a prerequisite for SUVs.

These features also make them better at hauling large and heavy items, such as boats and campers.

Sedans are typically lighter than SUVs and crossovers and mostly powered by smaller engines, factors that maximize fuel-efficiency.

Even some of the more powerful sedans with V6 engines are more fuel-efficient on average due to their smaller size.

Ditto for hybrid and all-electric powertrains, as hybrid and electric sedans have a noticeably longer driving range than their crossover SUV counterparts.

While SUVs have come a long way from their gas-guzzling past, and even though they have taken the sales crown from the sedan segment, sedans remain the fuel economy champs.

SUVs have been shown to be much safer than sedans, as their larger size, greater mass, and higher ride height puts them at an advantage in collision with smaller vehicles.

Studies show that in a head-on crash between the two vehicle types, those riding in the sedan are 7.6 times more likely to die than those in the SUV.

Choosing an SUV for safety isn’t an automatic win, however, as their higher center of gravity makes them more prone to rollovers. Electronic stability control (ESC) systems greatly reduce rollover risk and are a highly recommended feature.

Sedans are more affordable than SUVs on average. They typically have a starting price that’s a few thousand dollars cheaper than crossover SUVs of the same size class and feature set.

The money you will save can be used elsewhere or put towards getting a higher trim, more feature-laden sedan.

Even though most SUVs are car-based crossovers, sedans are on average cheaper to run.

Not only are they more affordable and fuel-efficient, but their tires and wheels are also cheaper as a result of being smaller than SUV tires and wheels. Car insurance can be a toss-up between the two vehicle types, however.

In this section, we answer some of the most popular questions regarding the topic of sedans vs SUVs and summarize many of the key points of this comparison guide in the process.

Are SUVs Better Than Sedans?

Not necessarily. SUVs and crossovers have better off-roading and hauling capabilities, larger cargo areas, and, in the case of many large models, three rows of seating.

If you don’t need those capabilities, which most people don’t, a sedan will offer more than adequate interior room; an easier, more comfortable driving experience; better fuel efficiency; and lower overall running costs, all for a lower purchase price.

The simple fact is that SUVs are too much car for the average person.

Why Are SUVs More Popular Than Sedans?

Most people don’t need the off-roading, towing, and even cargo-hauling capabilities of SUVs, so much of their popularity can be attributed to how they look and the image of adventure they sell.

In other words, SUVs are considered much cooler vehicles than sedans due to their taller stance, brawnier proportions, and go anywhere, do anything design, and it’s only human nature to want the latest and coolest.

Which Is Better To Drive, SUV Or Sedan?

It depends on the terrain. On paved roads and in urban environments, sedans ride and handle easier and more comfortably than SUVs due to their smaller proportions and lower ground clearance.

SUVs, on the other hand, fare better when driving on rough roads and in inclement weather because of their higher ground clearance and wider availability of all-wheel drive systems.

So, should you get a sedan or an SUV? As our SUV vs sedan comparison guide shows, choosing between the two is not as easy as would initially appear.

They each have their benefits and shortcomings. Sedans are typically more affordable, fuel-efficient and have a lower cost of ownership than SUVs, not to mention easier to drive and park.

On the flip side, SUVs offer more cargo room, better visibility, superior off-road and towing capability, and better protection for occupants in the event of a collision.

As a prospective car buyer, you need to weigh their pros and cons against your life situation and requirements to make a smart decision. This entails going out and doing test-drives.

We hope you found our detailed analysis informative and that it helped you settle the sedan vs SUV debate once and for all.