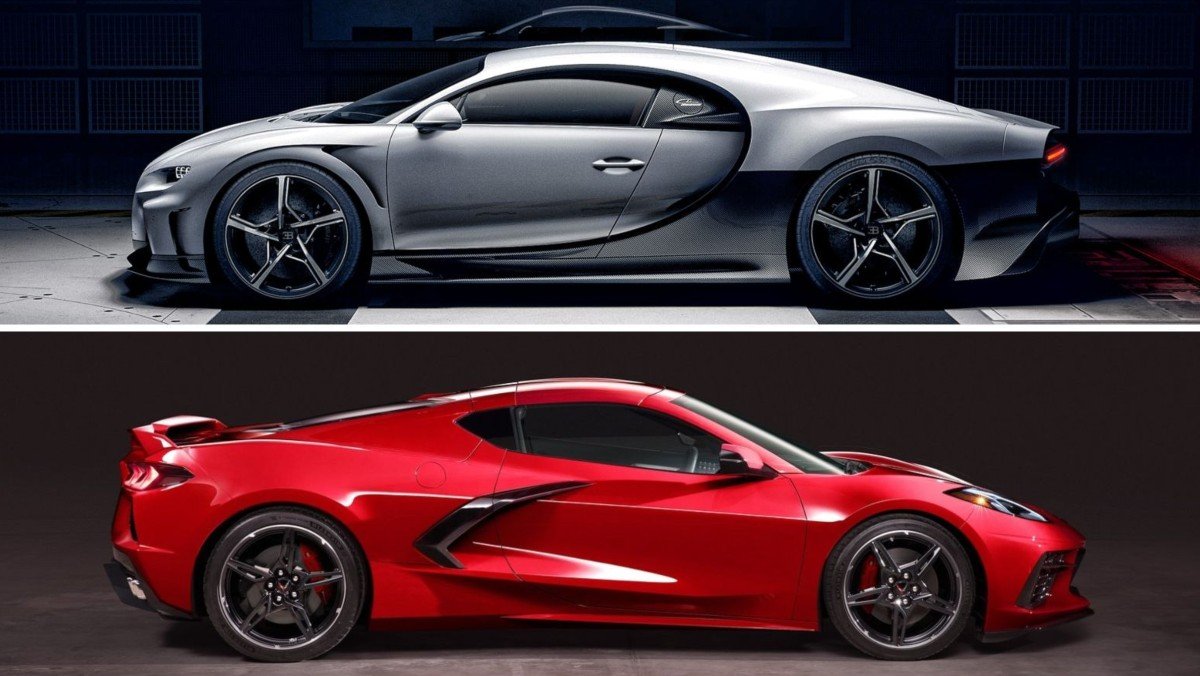 Our supercar vs hypercar comparison guide highlights the difference between supercars, hypercars, and even megacars.

It used to be that if you wanted to go fast, you bought a sports car. Then, the fastest thing on four wheels became supercars.

Well, now that we’re a quarter way through the 21st century, supercars no longer represent the epitome of speed. What you want nowadays is a hypercar or, if you’ve got several millions of dollars to spend, a megacar.

But what is a supercar, hypercar, or megacar, and what the heck is the difference between the three?

Sure, you probably already suspect that they differ in their technological sophistication, performance, price, and rarity, but do you know what the cut-off point for each metric is?

In this guide, we cover what exactly each class of car is and how they differ, providing you with modern-day examples to help dispel any confusion you might have.

Difference Between Supercar And Hypercar

While most people can easily distinguish a Ferrari, Lamborghini, or Corvette from a Corolla or any other mainstream car, distinctions can get a bit murky within the upper echelons of performance vehicles.

What Is A Supercar?

Supercars are high-performance sports cars. Put another way, whereas standard sports cars are often gussied-up mainstream vehicles, supercars are built from the ground up for performance, sharing virtually nothing with a regular car.

For example, the BMW M4 is a sports car because it’s essentially a performance-tuned BMW 3 Series (an M3) with two fewer doors. On the other hand, a typical McLaren, Ferrari, or Lamborghini is a supercar because it’s designed solely for performance and has no relation with a mainstream vehicle.

The average supercar is, therefore, faster and better handling than virtually every other type of car and even most race cars of the past. They also tend to be produced in very limited numbers and are usually but not always very expensive, factors that make them very exclusive.

Produced from 1966 to 1973, the Lamborghini Miura is believed to be the first supercar. There have been a plethora of supercars every since, with each generation pushing the boundaries of performance further and further.

Here are examples of modern supercars from the U.S., Italy, Germany, and Japan:

While all supercars are sports cars, not all sports cars are supercars. Supercars commonly serve as the flagship model within a car brand’s lineup, sitting atop all other models.

What is your favorite supercar in recent memory?

What Is A Hypercar?

A hypercar is a supercar on steroids. The term is generally used to refer to the top one percent of supercars.

Nowadays, these extreme supercars typically cost around $1 million or higher and are produced in extremely limited numbers. Think of something along the lines of a Ferrari LaFerrari, Pagani Huayra, or Bugatti Veyron.

Despite being a supercar by today’s standards, the Jaguar XJ220 is considered to be the first hypercar by some people, while, for others, it’s the 2005 Bugatti Veyron.

Other examples of modern hypercars include the McLaren P1 and Porsche 918.

These performance machines feature cutting-edge technology and designs, produce around 1,000 horsepower, and deliver a level of performance few cars can match.

The latest hypercars feature a hybrid drivetrain as a result of the recent shift towards electrification.

The trend was kicked off by the LaFerrari, McLaren P1, and Porsche 918 Spyder back in 2013, and then continued with more recent models such as the Ferrari SF90 Stradale in 2016 and 2019, respectively.

The definition of a megacar is simple: Any production car that produces more than 1 megawatt (1,340 hp) of power.

In other words, megacars are massively more insane hypercars, so powerful, so rare, and so ridiculous that they might as well be a caricature of a performance car.

Like a standard hypercar, megacars utilize a large turbocharged engine and/or a hybrid gas-electric drivetrain to deliver their incredible output.

The Bugatti Chiron, for instance, uses a massive turbocharged W16 to produce 1,479 hp, while the Koenigsegg Regera combines a 1,100-hp gas engine with a 700 hp electric motor to achieve 1,500 hp.

An increasing number of megacars have gone all-electric. The Lotus Evija, Rimac Nevera, and Pininfarina Battista are pure-electric models and mark a new trend for all performance cars, not just megacars.

Having provided you with a general overview of what supercars, hypercars, and megacars are, we’re going to compare their technology, performance, design, price, and rarity.

Here is a quick summary of the key differences between a supercar, hypercar, and megacar.

Both supercars and hypercars use cutting-edge designs and technologies to achieve incredible performance feats, but hypercars and, in particular, megacars are on a whole other level.

Take their construction, for example. Supercars are typically constructed from lightweight materials to cut down mass, but hypercars and megacars utilize a larger quantity of expensive composites like carbon fiber to keep weight to an absolute minimum.

Carbon fiber is often used for small sections of a supercar’s body and chassis, but it’s not uncommon for the entire monocoque of a hypercar or megacar to be made out of the expensive material.

As for manufacturing, supercars are usually produced on an assembly line, with much of the process performed by hand, while hypercars and megacars, due to their added complexity, are manufactured and assembled mostly by hand using very advanced techniques.

Output for supercars typically ranges from 500 hp to 800 hp, with “affordable” supercars such as the Corvette and Acura NSX falling on the low end and models from Ferrari, McLaren, Lamborghini, and other exotic car makers falling on the high end.

By comparison, hypercars produce over 800 hp, and a hypercar that hits or crosses the 1,340 hp mark is a considered a megacar.

The Bugatti Veyron (a hypercar), for example, makes around 1,000 hp, much lower than the 1,479 hp produced by its megacar successor, the Chiron.

When it comes to acceleration, modern supercars accelerate from 0 to 60 mph (96 km/h) in fewer than 3.5 seconds, while hypercars and megacars complete the deed in under 3 seconds.

Those figures are improving across the board thanks to the automotive industry’s shift toward electrification. Soon, all supercars will be expected to deliver a 0-60 mph time of under 3 seconds, with the benchmark time for hypercars and megacars shifting to below 2 seconds.

If you think that’s expensive, wait until you get a hold of the price of hypercars and megacars.

The LeFarri, McLaren P1, and Porsche 918 Spyder all cost $1 million or more, while you’ll need almost $3 million to buy a Pagani Huayra.

Megacars typically cost more than $2 million, with both the Bugatti Chiron and Koenigsegg Jesko starting at around $3 million.

So, while there is a chance that the average person might be able to afford a supercar, he or she can only dream of owning a hypercar. A megacar? They might as well not exist.

Both supercars and hypercars tend to be produced in limited numbers, but hypercars are far rarer, and megacars even more so.

For example, approximately 5,000 Ferrari 485 Italia supercars were produced throughout the model’s life cycle, while only 700 units of the LaFerrari hypercar were ever made.

Around 40,000 units of the C7 Corvette Z06 supercar were made. A Pagani hypercar? Well, let’s just say they are so rare and exotic that Pagani is said to have once sold driving accessories blessed by the Bishop of Rome himself!

Lifetime production is typically capped at around 50,000 units for a supercar and less than 1,000 units for a hypercar. With a megacar, no more than 500 units are ever produced.

In other words, seeing a supercar on the road usually makes the average person swivel his or her head in appreciation, while spotting a hypercar, let alone a megacar, is often a once-in-a-lifetime experience.

While supercars, hypercars, and megacars may appear identical upon first impression, they can differ greatly in the sophistication of their design and technology, as well as their performance, price, and rarity.

All three boast cutting-edge design and technology, offer unparalleled performance, have exorbitant prices, and are produced in limited numbers, but hypercars and megacars are more high-tech, faster and better handling, much more expensive, and considerably rarer.

When it comes to speed and handling, hypercars, their megacar subset, are the benchmark against which all production vehicles are measured. Not a single compromise is made in their design and engineering.

If you found our supercar vs hypercar comparison guide informative, you might also want to know what makes an SUV and a crossover different.