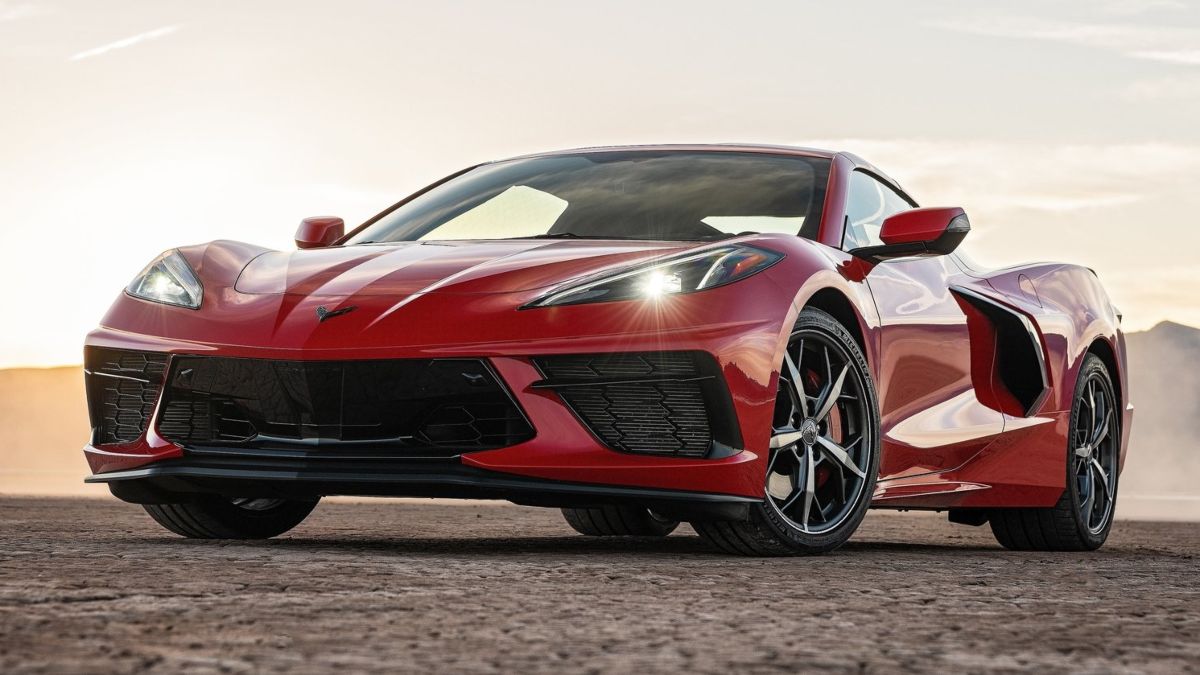 Thinking about buying a sports car? Know what your options are by understanding the different types of sports cars.

Sports cars are the least practical type of car anyone can buy, but they are what most guys dream of owning. But ask the average person what a sports car is, and they probably won’t be able to tell you what constitutes one.

Standard sports cars, high-performance sports cars, supercars, and hypercars are the four main classifications of sports cars, and knowing how they differ will make you a more informed car buyer or, at the very least, a better dreamer.

This guide goes over each one, highlighting their base specs and providing modern-day examples so that you leave not second-guessing yourself.

What Is A Sports Car?

There is no strict definition of what a “sports car” is, but the term is often used as a catch-all for any vehicle designed with a focus on dynamic performance, in particular acceleration, speed, handling, or the overall thrill of driving.

This includes everything from performance sedans and hatchbacks to fast station wagons and SUVs.

Some people have a stricter definition of what a sports car is: A performance-oriented two-door coupe with only two seats or a 2+2 seat setup.

We define a sports car as a two-door car that’s either built from the ground up for performance or, despite sharing a platform with a sedan, severely compromises interior room and fuel efficiency for the sake of performance.

Going by that definition, “muscle cars” such as the Ford Mustang and Chevrolet Camaro are sports cars even though they can be considered two-door, performance-enhanced versions of existing sedans.

The following vehicles cannot be considered sports cars, however:

Having established a workable definition, let’s break down the different classifications of sports cars.

Here is a quick overview of how they compare to each other:

At the low end of the price and performance spectrum are regular sports cars. Many of them are sporting variants of non-sporting sedans and, therefore, often have a 2+2 setup with two fully functional front seats and two small rear seats for children or extra storage.

Their performance exceeds that of your average passenger vehicle, boasting more powerful engines and dynamic handling. They accelerate from 0 to 60 mph (96 km) in fewer than 6.0 seconds and have top speeds of over 130 mph (209 km/h).

Standard sports cars place greater importance on ride quality and passenger comfort than the other types of sports cars, making them more suitable for daily driving. Production typically takes place on traditional assembly lines with no set limit on volume.

High-performance sports cars are a step above a standard sports car in that, in addition to being capable daily drivers, they can be quite capable track machines out of the factory.

These sports cars are typically based on lighter, custom-made platforms and boast more powerful engines and aggressive suspension tuning, though they tend to be mostly built from traditional materials.

High-performance sports cars are produced on automated assembly lines and typically cost more than $50,000 to buy new. With the exception of limited edition trims, production volume is only limited by demand.

Modern supercars are a cut above the average sports car, as they are designed from the ground up to place all-out performance above passenger comfort, utilizing cutting-edge designs and technologies to achieve optimal performance.

The latest generations of these performance machines tend to be made out of lightweight alloys and expensive composites (e.g. carbon fiber) to reduce weight and pack powerful powertrains that produce over 500 horsepower.

While supercars are produced on an assembly line, much of the work is performed by hand rather than by robots.

The “supercar” designation was originally reserved for limited-production cars, but that’s no longer the case. Production of some models such as the C8 Corvette and Acura NSX is only limited by demand.

Note: Vehicles such as the Porsche 911 and Nissan GT-R come in a variety of performance configurations that span the full sports car and supercar spectrum. So while the base 911 and GT-R are not supercars, the 911 Turbo and GT-R NISMO have the characteristics of one.

There used to be a time when supercars were the best of the best, but those days are long gone. The hypercar is the new king of performance cars.

Hypercars represent the top one percent of supercars, meaning they deliver unparalleled performance on the track, even matching or exceeding many dedicated race cars. While their interiors are often appointed with premium materials, the main focus is unquestionably on outright speed and handling.

These high-octane cars are almost exclusively built by hand using expensive exotic materials to reduce mass and in such small numbers (fewer than 100 units, in many cases) that they might as well be unicorns.

Incredibly lightweight builds; powerful, often electrified powertrain that produce over 800 horsepower; air-slicing aerodynamic designs; and astonishing levels of traction allow hypercars to accelerate to 60 mph from a standstill in less than 3 seconds, hit top speeds of well over 210 mph (338 km/h), and achieve over 1 G when cornering.

If you think these sports cars are crazy, wait until you get a hold of the megacar.

Megacars are the most extreme form of hypercar. They are lighter, more powerful, faster, considerably more expensive, and far rarer.

As discussed in our supercar, hypercar, and megacar comparison guide, for a hypercar to be considered a megacar, it needs to make at least 1,340 horsepower and have a top speed of over 250 mph (402 km/h).

See: Supercar Vs Hypercar, Plus Megacars – The Difference

But regardless of whether you’re dealing with a regular hypercar or a megacar, expect to pay over $1,000,000 for one. They are unattainable for all but the very affluent.

Here are other popular questions about sports cars that we thought you might want answers to:

What is The Cheapest Sports Car?

What Is The Fastest Sports Car?

The fastest sports cars fall in the hypercar category. They are megacars that produce over 1,340 horsepower and have top speeds of over 250 mph (402 km/h).

What Is The Most Popular Sports Car Brand?

For standard sports cars, the most popular brands are Ford, Chevrolet, Mazda, Toyota, and Nissan.

There is no apparent pecking order in the tiny hypercar segment.

Sports cars are combustion and/or electric-powered vehicles that are designed to provide superior driving dynamics, particularly in the areas of acceleration, speed, and handling.

People commonly make the mistake of thinking that all road-going “sports cars” are the same when there are in fact several distinct types that differ greatly in their design, building material, performance, production volume, and price.

The four main classifications of sports cars are standard sports cars, high-performance sports cars, supercars, and hypercars. Megacars are an extreme version of hypercars that are sometimes placed in their own category.

We hope that clears everything up.

If you found our guide on the different types of sports cars informative, check out some of our other articles. Do you know what makes a crossover different from an SUV? How about what to look for when buying a used car?