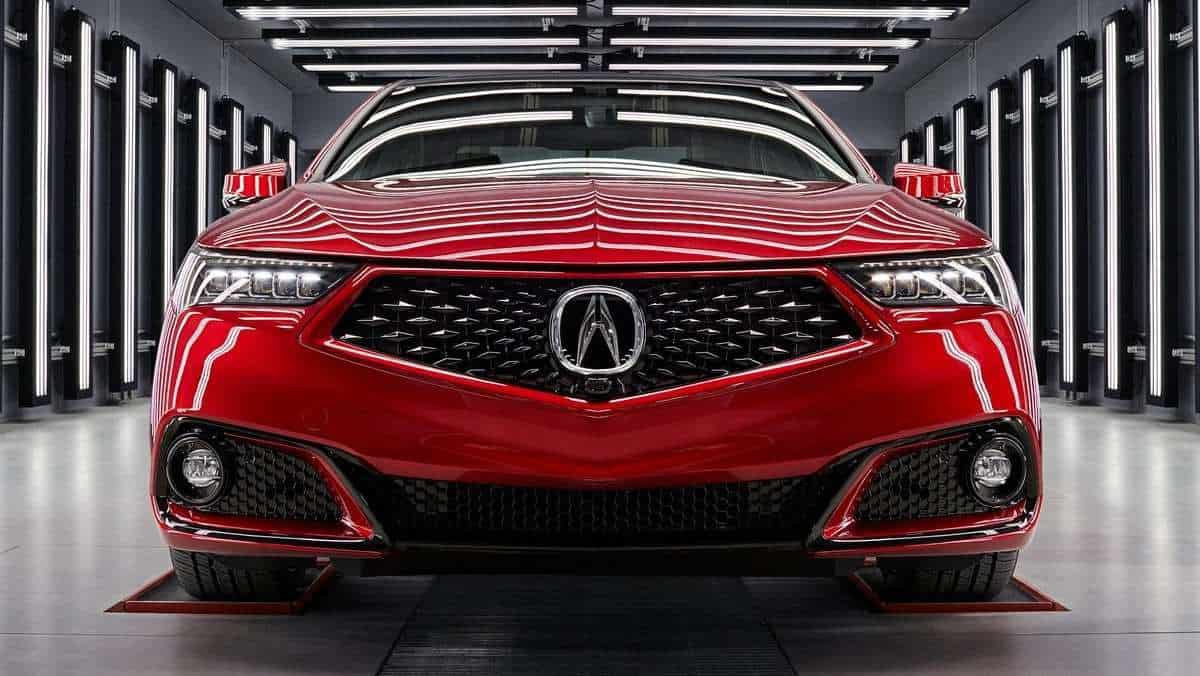 Find out who makes Acura and where its vehicles are made.

If you live in the U.S., Canada, or Mexico and are looking to get a luxury car, you’ve probably considered getting an Acura. And why not? Acuras are good cars.

But what exactly do you know about the brand besides the fact that it’s a carmaker? If you have ever wondered who owns Acura and where its cars are manufactured, this article has you covered.

In addition to quelling your curiosity about those two points, it provides many other interesting facts about the brand that may surprise you.

We’re not going to beat around the bush: Acura is made by Honda. More specifically, Acura is the luxury division of Honda, much in the same way that Lexus is Toyota’s luxury brand and Genesis is Hyundai’s.

To learn more about Honda and the quality of its vehicles, read our detailed analysis of the brand.

Of course, knowing that Honda owns Acura is one thing; knowing how that arrangement came to be is another. How about a quick history lesson?

Acura was founded in the late 1980s, around the same time that Japanese rivals Toyota and Nissan developed their respective Lexus and Infiniti premium brands.

You see, while mainstream Japanese automakers at the time enjoyed great success as a result of their reputation for making reliable and economical vehicles, econoboxes made far less money than luxury vehicles.

Only a handful of American and European companies controlled the luxury car segment; however, they were slow to revolutionize their vehicles, reacting to the competition instead of leading.

Seeing an opportunity to shake things up and claim a piece of the lucrative market, a forward-looking Honda created Acura in 1986 primarily for the U.S. and Canada, becoming the first Japanese luxury brand in the process.

The name Acura is inspired by the Latin word “Acu”, which is loosely defined as “done with precision.”

Fittingly, despite looking like a stylized ‘A’ or a skewed “H” (for Honda), the Acura logo represents a caliper — a tool used to make precise measurements — and is intended to symbolize the exceptional quality and precision engineering of the brand’s vehicles.

The first models to wear the Acura badge were the Legend luxury sedan and sporty Integra sedan/coupe, the former proving so successful that it spurred Toyota and Nissan to begin their own luxury brand ventures.

In 1990, five years after the arrival of the Legend and Integra, Acura launched the iconic NSX, a lightweight, mid-engine, and surprisingly practical sports car that was widely regarded as the first Japanese car to truly challenge Ferrari and Porsche.

The first-generation NSX was also the first massed produced vehicle to have an all-aluminum monocoque, not the 2015 Ford F-150 like many people believe. More than that, it had incredible performance, sold well, and gave the brand some serious clout.

Although less exciting than the NSX, the Integra of the 1990s was even more popular and became a prevalent tuner car due to being easy to tune. With over 800,000 units sold, it’s the best-selling Acura of all time.

Today, Acura is a global luxury brand that operates in Canada, China, Mexico, and select European countries, though most of its sales come from the U.S. It has a modern lineup of sedans and SUVs that appeals to a large swath of car buyers, particularly the popular RDX and MDX crossovers.

The NSX was reborn as a hybrid supercar in 2016, while the Legend was replaced by the RX and then the TLX. Several Acura models such as the NSX have been sold as Hondas in Western Europe and other regions.

With the automotive industry shifting towards electrification, it’s only a matter of time before all Acuras become electric vehicles.

Where Is Acura Made?

Due to its focus on the U.S. and Canadian markets, most of Acura’s vehicles are made in North America, particularly in the US state of Ohio.

The RDX and MDX crossovers are made at Honda’s plants in East Liberty, Ohio, and Lincoln, Alabama, while the TLX and ILX sedans stem from Marysville, Ohio.

The new NSX supercar is also produced at the Marysville plant, though the first-gen NSX was manufactured in Tochigi, Japan.

The Acura RLX is produced in Japan, as were the Legend and Integra.

Acura’s first batch of electric vehicles will be jointly developed by General Motors and manufactured in the U.S.

Here is a summary of the key points highlighted in this article, plus other interesting facts about the Acura brand.

Acura is such an interesting brand that we can’t blame you for wanting to know more. Let’s answer several popular questions people often ask about the brand.

Does Honda Own Acura?

Yes. Honda is the parent company of Acura, a brand it created in 1986 to serve as an alternative to luxury brands like BMW, Mercedes, Cadillac, and Lincoln. Acura’s cars are made at Honda’s plants in the U.S. and Japan.

Is Acura Better Than Honda?

Even though their models sometimes overlap, Honda and Acura serve different purposes and one isn’t necessarily better than the other.

Hondas are geared towards mainstream buyers, while Acuras offer a more luxurious experience. You can think of Acura as a high-end Honda.

Acura and Honda are for the most part distinct brands with distinct models. However, there have been Acura models that were nothing more than rebadged Hondas and vice versa.

Developed only for the Canadian market, the Acura CSX, for instance, was essentially a Honda Civic with an Acura logo. Similarly, the Acura NSX is marketed as a Honda in Europe and other parts of the world, as was the Integra.

Acura became the first Japanese luxury car brand when it debuted in 1986, beating Lexus and Infiniti to the punch. As Honda’s luxury marque, it is one of the most trusted car brands and a household name.

Despite being relatively new on the automotive scene, Acura has managed to produce some truly iconic vehicles — particularly the Legend, Integra, and NSX — and we won’t be surprised if its best is still yet to come.

To recap, who makes Acura? Honda. Where is Acura made? Predominantly in the U.S. and to a lesser extent in Japan.