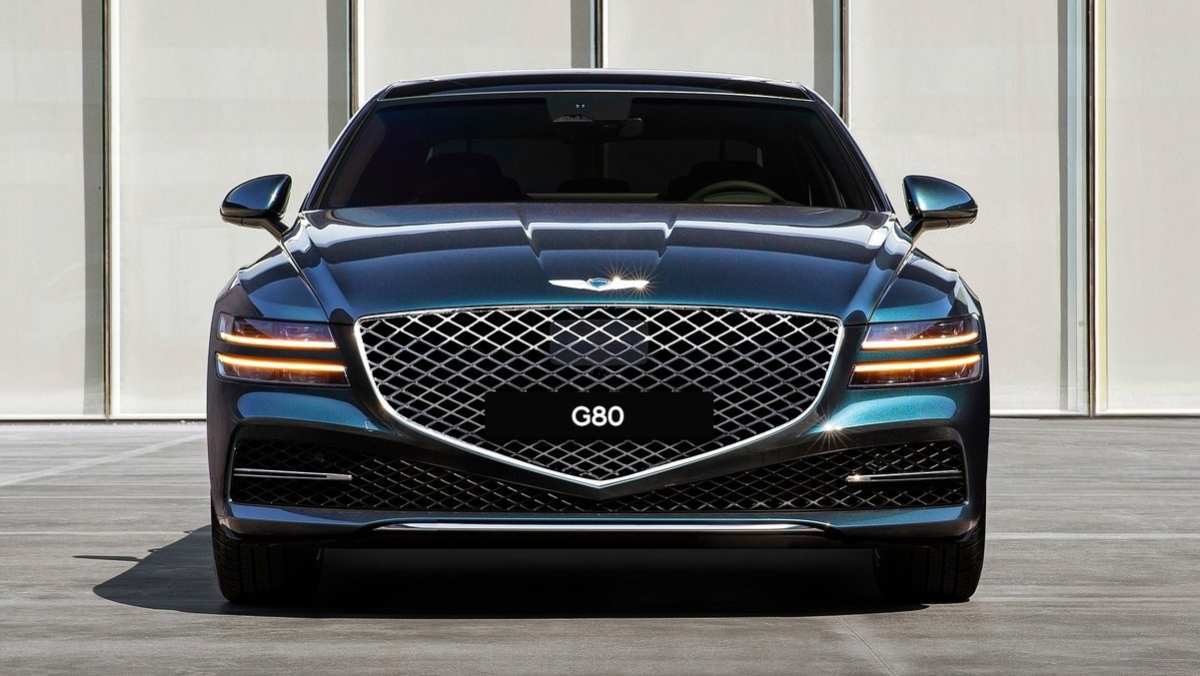 Learn who makes Genesis cars and other interesting facts about the brand.

Genesis Motors is a young luxury car brand that has quickly earned a reputation for making stylish vehicles that offer comparable features and performance to the likes of BMW, Mercedes-Benz, and Lexus for much less money. But where did it come from, and who owns it?

If you want to know how good its cars are, check out our honest assessment of the brand. This article discusses the origins of Genesis so that you know where exactly it came from.

Let’s cut to the chase: Hyundai Motor Company makes Genesis. But that’s not all…

Just like how Infiniti is Nissan’s luxury division and Acura is Honda’s, Genesis is Hyundai’s luxury brand.

In fact, its creation was spurred by the success of Lexus, Toyota’s luxury division, which has grown to become one of the premier premium brands in just 30 years, transplanting established players such as Cadillac, Lincoln, and Jaguar in the process.

But there is more to the Genesis and Hyundai relationship than the head honchos at Hyundai simply waking up one day and deciding to have a luxury brand. The creation of Genesis Motors was deliberate and carefully planned.

Genesis began life as a flagship Hyundai sedan that was introduced in 2007 in Korea and 2008 in North America, a model that took three years and $500 million to develop. The purpose of this car was to test the feasibility of a luxury model from the Korean automaker.

The Hyundai Genesis proved successful after seven years on the market, becoming a top-seller in its segment. Add to that the desire of customers for a separate Genesis division and Hyundai saw it fit to make Genesis its own brand.

Genesis Motor was thus formed on November 4, 2015, and introduced its first model (the G90 full-size sedan) a month later in Korea. It made its North American debut in 2017 with the G90 and midsize G80 sedan.

The brand’s dealerships were initially part of existing Hyundai dealers, but they have increasingly become standalone facilities to enhance the overall buying and ownership experience.

Genesis has since developed a reputation for sporty, high-quality, and luxury-laden vehicles that offer a lot of value for the money, especially when compared to European luxury brands such as BMW and Mercedes-Benz.

Most people are completely unaware that it’s owned by Hyundai, often thinking it to be European in origin.

Genesis is too young a brand to have iconic cars in the same vein as Cadillac, Lincoln, Mercedes-Benz, or other brands that have been around for decades; however, its cars have generally been good.

The G90 was the brand’s first vehicle and its flagship sedan. As a large, full-size luxury sedan, it was developed to give buyers a luxurious, more affordable alternative to the Mercedes-Benz S-Class, BMW 7 Series, Audi A8, and Lexus LS.

The G80 is a midsize sedan with quite a few awards under its belt, including J.D. Power’s 2020 Most Dependable Midsize Premium Car. It’s Genesis’s answer to the likes of the E-Class and 5 Series.

The G70 compact sedan, Genesis’ 3-series fighter, is the most awarded Genesis to date, winning several Car of the Year awards and many other accolades in the U.S. and Canada.

Genesis has two luxury SUVs, the compact GV70 and midsize GV80. The latter has won many accolades and is the brand’s most popular model.

In 2021, Genesis unveiled its first electric vehicle, the electrified G80 sedan, and first EV to be built from the ground up, the GV60 crossover. The company announced that all of its vehicles will be electric by 2030.

Where Are Genesis Cars Made?

So, now that you know who makes Genesis (the Hyundai Motor Group), you probably also want to know where the company’s cars are designed, manufactured, and sold. Short answer? All over the world.

Although the US, Canada, and South Korea are its main markets, the brand markets and sells in many other parts of the world, including China, The Middle East, Russia, and Australia, and has been expanding in more and more countries in its quest to become a global household name.

This section summarizes everything discussed in this article so far and lists other cool facts you probably didn’t know about Genesis Motors.

Still want to know more about Genesis? The answers to the following questions should provide more insight into the brand.

Is Genesis Just A Hyundai?

No. While Genesis started as a luxurious Hyundai model, it’s now a standalone luxury brand that’s very distinct from Hyundai, offering far more luxury and performance than its mainstream counterpart.

Genesis is owned and operated by the Hyundai Motor Company, so Genesis vehicles share some parts with Hyundai vehicles. However, the two brands are very different and offer distinctly different vehicles.

What Kind of Car Brand Is Genesis?

Genesis is a luxury car brand that competes with BMW, Mercedes-Benz, Lexus, and other premium brands. Its cars and SUVs are more luxurious, sporty, and expensive than mainstream vehicles from the likes Hyundais, Kias, and Toyotas.

Are Genesis Made In The USA?

Genesis Motors is a South Korean carmaker that operates all around the world. While some of the company’s designs take place in Irvine, California, in the United States, all of its cars and SUVs are manufactured in Ulsan, South Korea.

There are currently no Genesis models that are made in the United States.

Genesis is a young luxury brand founded by Hyundai in 2015 to compete directly with the best from BMW, Mercedes-Benz, and Lexus, among other premium brands. It has a strong lineup of appealing sedans and SUVs that offer incredible value for money.

Despite being one of the youngest car brands, Genesis Motors has quickly garnered a reputation for value and proven that it’s here to stay. It will be interesting to see how it handles the electric car revolution.

So, who makes Genesis cars? Hyundai Motor Company. They are designed in Germany, South Korea, and the US and manufactured in South Korea, at least for the time being.