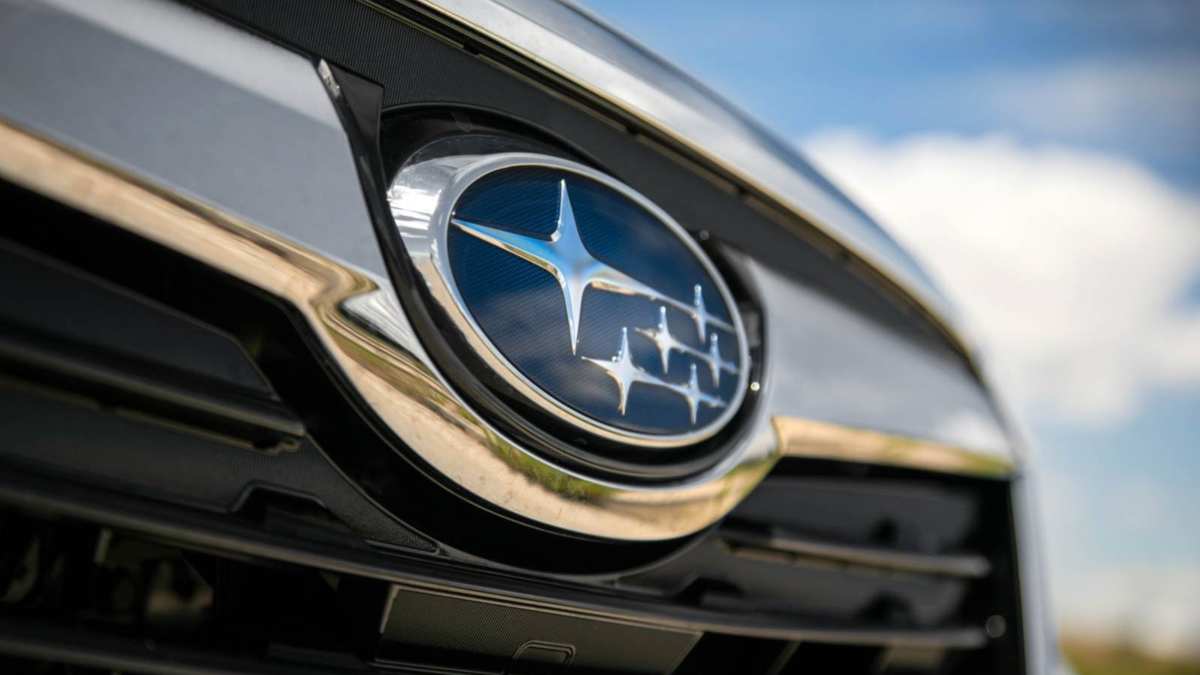 Are Subarus good cars? Get an honest assessment of their safety, reliability, performance, and other car-buying decision criteria.

Subaru has gone from a faint blip on the automotive radar at the turn of the century to one of the fastest-growing, most revered automakers in the world. Not only has the brand grown exponentially over the past 20 years, but it also enjoys a cult-like following.

In fact, with the sheer amount of love and devotion Subaru receives, you’d think its cars were the best thing since sliced bread. Are they?

Are Subarus good cars? Are Subarus reliable? We analyze the brand and its vehicles to see if all the hype is justified.

About Subaru And Its Cars

Subaru is the automotive division of Subaru Corporation, a Japanese transportation conglomerate formerly known as Fuji Heavy Industries. The company has been making cars since 1954 and is best known today for its practical, dependable, affordable, and unpretentious vehicles and signature boxer engine layout.

Instead of trying to appeal to everyone as most automakers do, Subaru caters to a small but loyal group of car buyers who desire versatile, economical, and well-built cars and SUVs with all-wheel-drive and rough-road capabilities.

That makes the company a niche player within the broader mainstream car segment, a small fish in a giant pond dominated by Toyota, Volkswagen, Honda, Ford, and other big fish, though that hasn’t stopped it from succeeding.

The Forester is the most popular Subaru model, and for good reason. Sold with standard all-wheel-drive as is customary of Subarus and available in both sedan and hatchback body styles, it offers plenty of room for five passengers and cargo, provides a smooth ride, delivers good gas mileage, and offers ample ground clearance for light off-roading.

If you need more space, say for a large family, the Ascent three-row SUV offers the same capabilities as the Forrester but with extra room for up to eight passengers.

Need a wagon? The midsize Outback is the only station wagon that sells in large numbers in North America, a testament to its versatility and solid build, while the Crosstrek offers similar capabilities in a smaller package.

Outside of SUVs and station wagons, Subaru offers two sedans, the Impreza and Legacy, and one coupe, the BRZ. While the Legacy is strictly a commuter vehicle, the Impreza is available in a WRX performance variant that caters to driving enthusiasts who have a need for speed.

The Subaru BRZ was designed to be an inexpensive, fun, and engaging sports car for the masses, and it mostly succeeds at that.

Good cars are safe, reliable, comfortable, easy to drive, affordable, cheap to own, and attractive. Let’s see how well Subarus meet those criteria.

Subarus are safe vehicles, and they are for three reasons. First, they are engineered to hold up well in collisions; second, they boast all the necessary active safety features ( AWD, traction control, ABS, Daytime Running Lights).

Every modern Subaru is also offered with advanced driver assistance systems such as automatic braking, forward-collision warning, and adaptive headlights, all of which help prevent crashes from happening in the first place.

Subaru calls its suite of collision-prevention features “EyeSight”, and models equipped with it have earned a Top Safety Pick+ rating from the Insurance Institute for Highway Safety, the highest possible score.

Are Subarus safe? Yes. Subaru cars are engineered to be safe vehicles for both driver and passengers. For the best possible safety, make sure the model you get has Subaru’s EyeSight suite of advanced driver-assistance features.

Japanese carmakers have a seemingly unshakable reputation for making the most reliable cars, but does Subaru fit the bill?

In Consumer Report’s 2020 reliability survey involving 29 car brands, not only did Japanese brands take five of the top 10 spots, but Subaru came in 9th, beating 13th place Nissan. However, if its performance in previous surveys is anything to go by, the brand’s reliability has been on the decline.

Subaru placed 7th and 4th, respectively, in the publication’s 2019 and 2018 surveys, a notable decline year after year. In RepairPals’ 2021 assessment for the brand, it scored 3.5 out of 5 and placed 14th out of 32 brands, well below every other Japanese brand.

According to RepairPals data, the average Subaru gets an unscheduled repair approximately 0.3 times a year. Of those repairs, 13 percent are considered serious, which is higher than the 12 percent average for all models.

The drop in reliability can be mostly attributed to a deterioration in the build quality of recent Subarus such as the large Subaru Ascent crossover, particularly their engines, as well as glitches with their in-car technology. Subaru has acknowledged and taken steps to address these issues.

But despite these recent woes, Subarus have maintained their reputation as long-lasting vehicles, and Subaru continues to enjoy phenomenal brand loyalty, stronger than the brand loyalty for Honda and Toyota even.

The company boasts that 97 percent of all its vehicles sold in the past 10 years are still on the road today. Take that as you will.

So, are Subarus reliable? Not as reliable as they once were. While Subaru enjoys a strong reputation for reliability, it’s not one of the top five most reliable car brands in the world.

The best way to think of Subarus is as dependable appliances on wheels. Whereas some mainstream automakers such as Mazda and Honda make a serious effort to produce cars that are enjoyable to drive, Subaru is proof that boring still sells

Subarus are never the most powerful, best-handling, and most exciting vehicles in their class. On the contrary, they tend to have adequate power at best, numb steering, and floaty rides, qualities that are fine and dandy with the average car buyer but not with car enthusiasts looking for a little fun.

The company’s sole performance models, the WRX and BRZ, are fine sports cars but they are by no means a reflection of its mission and purpose, which is to make simple and dependable vehicles that are easy to drive, comfortable, fuel-efficient, and very practical.

To that end, Subaru is the only car brand to offer standard all-wheel-drive on all its models, the rear-wheel drive BRZ withstanding. That means nearly any Subaru you buy will have some off-roading capabilities and a capacity to handle bad weather and road conditions.

So, do Subarus have good performance? It depends on the kind of driver you are. If you need a dependable daily ride for getting around easily and comfortably, Subarus generally offer good enough performance; if you’re a driving enthusiast, consider a Mazda.

Subarus are designed to make life easy for both driver and passengers and, as such, come with the tech, convenience, and driver-assistance features you’d expect of cars of the modern era.

In addition to Subaru’s EyeSight suite of advanced safety systems, which we discussed earlier, modern Subarus are available with an advanced infotainment system with a massive touchscreen display and Apple CarPaly/Android Auto integration, Bluetooth connectivity, and Wifi Connectivity.

Unlike Nissan and other large automakers, Subaru has been slow to jump on the autonomous vehicle bandwagon, but you can bet that any innovation that improves the safety and comfort of drivers and passengers will eventually make its way into its cars.

So, do Subarus have good features? Yes. As far as mainstream car brands go, Subaru offers nearly every tech, convenience, and driver-assistance feature currently available in the marketplace.

New Subarus typically cost as much as their mainstream rivals to buy, though the cult-like following they enjoy means you may get less in the way of discounts and rebates.

Even with their competitive price, you sometimes get more value since nearly every model comes standard with all-wheel-drive, a feature only offered on the higher trims of many vehicles.

Subaru’s cars hold their value well and have very good resale value. What this means is that, while not at the same level as Toyotas and Hondas, they tend to command above-average prices on the used car market.

That’s to say a used Subaru may be more expensive than a used Nissan, Mazda, Kia, or Chevrolet but cheaper than a used Toyota or Honda.

So, are Subarus affordable? Yes. Even though Subarus come standard with all-wheel-drive, they are priced competitively with their mainstream rivals. Used Subarus have above average prices, however.

Even though we established that Subarus are not as reliable as they used to be, it might come as a shock that they are one of the most expensive cars to own.

Luxury cars are notorious for being expensive to maintain. In a Consumer Reports survey that looked at the average maintenance and repair costs of cars during the first five and 10 years of ownership, Subaru’s cars were found to be more expensive to maintain than some luxury models.

Their total average repair cost of $267 in the first five years and $500 cost by year 10 were significantly higher than the $200 and $458 average, respectively.

Of the 25 car brands that were included in the survey, Subaru ranked 17th, performing worse than almost every other mainstream brand, as well as several luxury brands, including Audi and Infiniti.

Here’s Why Honda Cars Are So Good

This finding is echoed by RepairPals’ 2021 reliability data, which puts the average annual repair cost for all Subaru models at $617 per year, compared to $652 for all models evaluated. That’s much higher than Honda’s $428, Toyota’s $441, and Mazda’s $462.

There are several reasons why Subarus are expensive to own:

Fortunately, Subarus are usually very fuel-efficient vehicles with low depreciation (high resale value), so you will save a lot of money in both regards and offset some of the repair costs.

They are also dependable, so proper maintenance will go a long way to keep your Subaru on the road for 300,000 miles (482,803 km) with minimal maintenance and repair costs

So, are Subarus cheap to own? Not really. Although they are dependable and fuel-efficient and have good resale value, Subaru cars cost more to buy and a lot more to maintain than their mainstream competition.

Subarus have a lot going for them, but how they look certainly isn’t one of them. Some call their styling ugly, but we think they’re just boring.

As fun as they are to drive, even the BRZ and WRX — sports cars that are supposed to embody the “fun and exciting” side of Subaru — look so bland and uninspired that former Top Gear host Jeremy Clarkson once declared the BRZ as not “looking particularly interesting.”

Boring designs may have worked for the company in the past, but they likely won’t cut mustard moving forward. With cars increasingly becoming identical in features and performance, distinctive styling has become an important differentiator and a competitive advantage.

Fortunately, Subaru acknowledges and has taken steps to make its future vehicles a little more emotionally appealing. It will be interesting to see what its designers come up with.

So, are Subarus attractive? No. While not ugly, Subaru’s latest cars aren’t exactly what we’d call eye candy. “Boring” is the best way to describe them.

The Verdict On Subaru Cars

Subaru is a scrappy little Japanese automaker that has managed to carve itself a lucrative niche inside the larger mainstream car market. It’s loved by many and enjoys an almost cult-like following.

As our brand analysis shows, the company is a success not because it makes the best or most reliable cars but because it provides its loyal customers with exactly what they want: Safe, economical, and versatile vehicles with standard all-wheel-drive.

Indeed, Subarus are some of the safest and most versatile vehicles currently available. They are also priced competitively, deliver sufficient performance for the average motorist, and feature the latest creature comforts.

Even though recent reliability issues have knocked the company down a few pegs, and the cost of maintaining its vehicles is very high, Subaru remains one of the most dependable car manufacturers in the world.

Are Subarus good cars? Yes. While not as good as Subaru’s loyal fanbase would want you to believe, Subarus are very capable vehicles that should only get better in the coming decades.