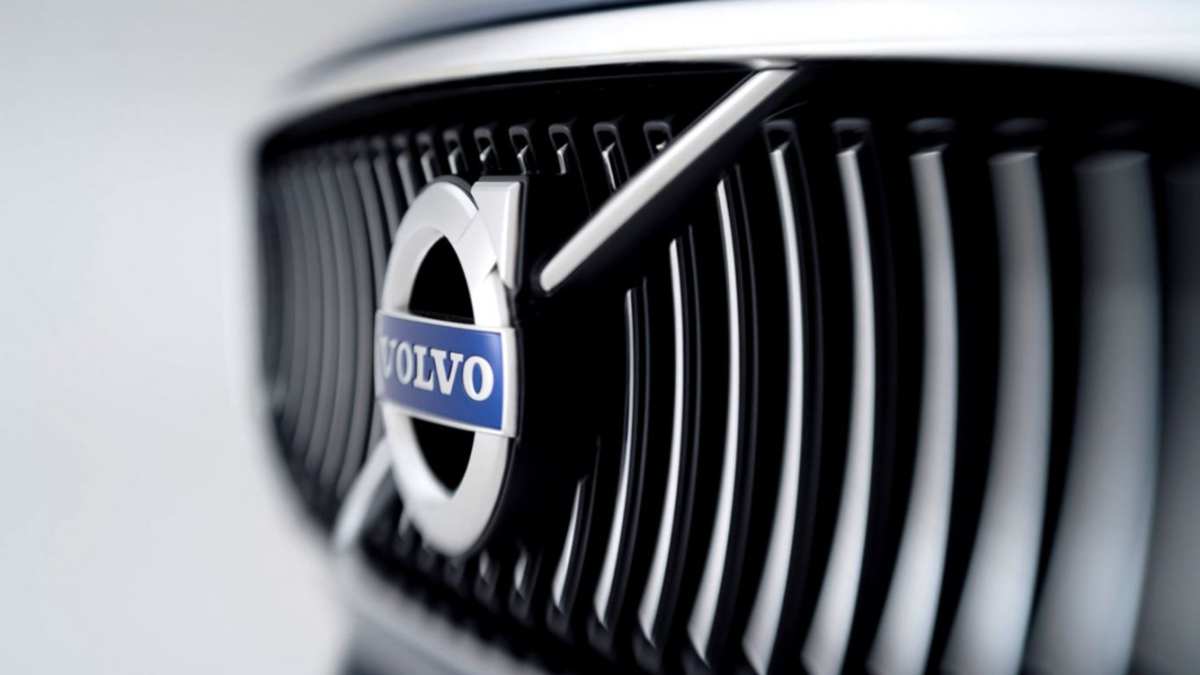 Are Volvos good cars, are they reliable, and should you buy one? Get the full scoop.

Long known for building safe but slightly dull sedans and station wagons, Volvo recently reinvented itself as a maker of sexy, technologically advanced vehicles with a strong Swedish engineering and design ethos. It’s now one of the most desirable brands in the world, as a result.

But are Volvos good cars? Sure, they look nice and have cool gadgets, but are they reliable?

In this article, we do a deep dive into the company and its offerings to see where it stands in the marketplace.

Founded in 1927 in Gothenburg, Sweden, Volvo Cars is an automobile manufacturer that operates in the luxury car segment. It was part of the Swedish multinational manufacturing company AB Volvo until 1999, when it was acquired by the Ford Motor Company.

Geely, a Chinese automotive manufacturer and holding company, acquired the automaker from Ford in 2010 and has been the owner since.

Volvos were originally envisioned as cars that could withstand the rigors of Sweden’s cold winters and rough roads. That remains the case today, as modern Volvos are designed to be safe, solidly built, and reliable vehicles that emphasize Volvo’s Swedish heritage and design ethos.

Volvo produces many different types of cars, including sedans, hatchbacks, crossover SUVs, and station wagons. Premium SUV buyers have several distinct, beautifully styled crossovers to choose from — the XC40, XC60, and XC90 — all sized and packed appropriately to fit almost any need.

While a growing number of automakers are giving up on sedans and station wagons due to buyers preferring SUVs, Volvo continues to offer both body styles for those who prefer sportier driving dynamics.

The compact S60 and flagship S90 sedans, as well as their V60 and V90 wagon variants, bring a distinct look and feel to the luxury car segment.

Volvo is big on electric vehicles and has a goal of putting one million electrified cars on the road by 2025. To that end, every new Volvo car launched from 2019 onwards has an electrified variant, be it a hybrid or pure electric.

To determine just how good Volvo cars are, we need to analyse them based on the criteria of a good car: Safety, reliability, performance, tech and convenience features, affordability, cost of ownership, and style.

Volvo has been a champion for safety for decades and was, in fact, the first automaker to center the bulk of its marketing around the exceptional safety of its cars. The tagline “the safest car in the world” was used by the company for many years.

Not only do Volvos have excellent structural integrity, but they are also offered with the latest collision-avoidance systems.

The company calls its bundle of advanced driver-assistance systems ‘City Safety’, and it includes such industry standards as forward-collision warning, automatic braking, blind-spot and pedestrian detection, adaptive headlights, and more.

In North America, every Volvo car that has been crash-tested has earned a Top Safety Pick+ rating from the Insurance Institute for Highway Safety (IIHS), the highest possible score, as well as top ratings from the National Highway Traffic Safety Administration (NHTSA).

It’s the same story in Europe, where every tested model has been awarded a five-star rating by the Euro NCAP.

Volvo is so committed to safety that it’s shooting for a future where no one is killed or seriously injured in a new Volvo car.

So, are Volvos safe cars? Yes. Volvo is synonymous with safety, an aspect of cars that has been at the core of its business since 1927. Volvos perform at the highest level in safety assessments across the world.

Unlike their mainstream counterparts, and with the exception of a few brands, luxury carmakers tend to perform at or below-average in reliability assessments, and Volvo is no exception.

The company’s overall reliability is a mixed bag, with the S60/V60 and XC40 achieving above-average reliability scores in Consumer Reports’ 2020 reliability survey, but the XC60 and XC90 ranking among the 10 least reliable new models.

In fact, of the 26 brands that Consumer Reports evaluated, Volvo came 18th. Mazda beat Lexus and Toyota for the number one spot.

Repair Pal’s 2021 reliability assessment ranked the brand 17th out of 32 and found that the average Volvo visits a repair shop approximately 0.5 times a year for unscheduled repairs, which is higher than the 0.4 average.

Of those unscheduled repairs, 9 percent are considered severe — lower than the 12 perfect average for all models evaluated. That’s a plus, right?

So, are Volvos reliable? No, not by mainstream standards. People buy Volvo cars for many reasons, but good reliability isn’t one of them. Like most luxury vehicles, Volvos tend to perform below average in reliability.

The ride and handling of Volvo’s cars tend to skew more towards comfort than sporty. Even though they don’t possess the driving verve of the average BMW, Jaguar, or Cadillac, they are tuned to provide some fun and excitement.

All Volvos are also powered by sophisticated powertrains that strike a pleasant balance between performance and fuel economy. Some models are available with powerful engines that have utilized both a turbocharger and a supercharger to boost performance, while others have hybrid powertrains to maximize fuel economy.

And not to be left behind in the electric age, Volvo offers a growing lineup of pure-electric vehicles such as the XC40 Recharge.

All-wheel drive is either standard or optional on all models, allowing for easier driving and maneuvering on rough roads and in inclement weather.

Volvo is a luxury car brand that competes with the likes of  Mercedes-Benz, BMW, Lexus, Audi, and Infiniti, so you can expect to be coddled with loads of tech, comfort, convenience, and driver-assistance technologies.

Not only do Volvos offer all the features provided by mainstream carmakers such as Toyota, Honda, and Volkswagen, but those features are of a higher quality. You get higher-quality materials, more capable tech, more premium tech, and superior build quality, just to name a few examples.

Every model comes with a large touchscreen infotainment system with Apple CarPlay and Android Auto capability, Bluetooth connectivity, and more, while features such as mobile Wi-Fi hotspot are optional.

The Swedish automaker also has a semi-autonomous driving system called “Pilot Assist”, which is available on most of its vehicles and standard on the XC90 SUV and V90 wagon.

So, do Volvos have good technology? Yes. As luxury vehicles, Volvo cars typically offer the latest tech, comfort, and convenience features; have very luxurious interiors; and feel premium through and through.

Volvos are luxury vehicles, so new models are generally not affordable for the average person. However, they tend to offer more value for the money than cars from BMW, Mercedes-Benz, and other premium European brands.

So, even if a BMW and Volvo have the same price, the Volvo will likely come with more standard features, sparing you from having to add as many options as on the BMW.

Used Volvos are very attainable, however, as they tend to be very cheap. You have their below average reliability, high depreciation, and high maintenance costs to thank for that.

If you’re looking to buy a second-hand Volvo, make sure to read our comprehensive used car buying guide.

So, are Volvos affordable? Yes and no. Volvo is a luxury brand, so new Volvos are not attainable for the average car buyer. However, they tend to provide more value for money than models from BMW, Mercedes-Benz, and Audi.

Volvos are cheap to own in some ways and expensive in others. On the positive side, they tend to be very fuel-efficient as far as luxury vehicles are concerned, especially the hybrid models, which means you’ll save a good amount of money on gas.

On the negative side, they can be very expensive to maintain.

Put bluntly, Volvos are expensive to fix. According to RepairPal’s data, the average annual repair cost (both scheduled and unscheduled) for all Volvo’s models is $769 per year, noticeably higher than the $652 average across all the models evaluated.

In Consumer Reports’ reliability surveys, Volvos consistently place among the most expensive cars to maintain during 10 years of ownership.

Also, Volvos depreciate very quickly and have some of the lowest resale values. A 2020 study by iSeeCars found that they lose 66.4 percent of their purchase price within five years, more than every other make of car except Maseratis.

Toyota recorded the best resale value in that study, in case you wanted to know. Surprised?

So, are Volvos cheap to own? No. The good gas mileage delivered by Volvo cars can’t make up for their high depreciation and maintenance costs.

Volvo has been giving its cars simple yet sophisticated-looking exteriors and minimalistic yet elegant and luxurious interiors for years.

Volvos look Swedish in much the same way IKEA furniture looks Swedish. That’s to say, they are stylish without being over the top like modern BMWs and even Lexus, what with their overly massive grilles and other polarizing design elements.

Their exteriors exhibit clean, simple lines and surfaces that fit nicely together to deliver a subdued but elegant aesthetic, kind of like IKEA furniture.

Similarly, their interior manages to have a sleek, high-tech, premium, and even warm feel while being minimalistic in design.

Needless to say, Volvos have a distinct Swedish styling that you won’t get from any other automaker, styling that most would consider attractive. Those who don’t like it certainly won’t hate it either.

So, are Volvos attractive? Yes. Volvos are among the most distinctive and best-looking cars on the road.

Got more questions about the quality of Volvos? Keep reading for more answers.

Do Volvos Have A Lot Of Problems?

Volvo vehicles get repaired at a 35 percent higher rate than the industry average, according to RepairPal. However, the probability of those repairs being severe is 25 percent lower than average.

Volvos appear to have fewer and less severe problems than vehicles from BMW, Mercedes-Benz, and Audi.

Are Volvos Expensive To Fix?

Volvos have above-average repair costs; however, they are less expensive to repair than vehicles from other luxury car brands.

According to RepariPal, Volvo’s cars are cheaper to fix than BMWs, Mercedes-Benzs, Audis, and even Cadillacs but far more expensive than Lexus, Acura, and Infiniti vehicles.

Is Volvo A Good Car To Buy Used?

Volvos can be good cars to buy used as long as they have been maintained properly. Despite having higher repair costs than the industry average, newer Volvos hold up fairly well, especially when compared to other European luxury vehicles.

Older models can be prone to problems that need to be repaired by a professional, however, so never buy a used Volvo without first getting a report of its service history.

For tips on finding a good used Volvo, read our article are the things to look for when buying a used car.

Why Are Used Volvos So Cheap?

The biggest reason why used Volvos are so cheap is because luxury vehicles, in general, depreciate very quickly. Owners typically trade them in soon after they become outdated, and used car buyers are unwilling to pay a premium for an outdated vehicle.

Expensive parts, above-average repair and service costs, and a sparse dealer network are other reasons why Volvo cars lose most of their value fast.

These cars are incredibly safe, winning top marks on every crashworthiness and crash avoidance test. They also provide very good performance with regards to power, fuel efficiency, and ride and handling.

Volvos aren’t cheap by any means, but when you buy a well-optioned model, you are guaranteed to get a beautiful design inside and out and the latest tech, convenience, and driver-assistance features.

Cost of ownership can be an issue, however. Unlike Lexus or Genesis, Volvo isn’t particularly known for making reliable cars, and its cars tend to lose their value quickly.

Fortunately, the reliability of Volvos isn’t egregious and is more than offset by their numerous positive qualities.

So, are Volvos good cars? Yes. While not known for their reliability, Volvos are well-styled luxury vehicles that provide buyers with a high level of safety, luxury, performance, and technology befitting of their premium price.