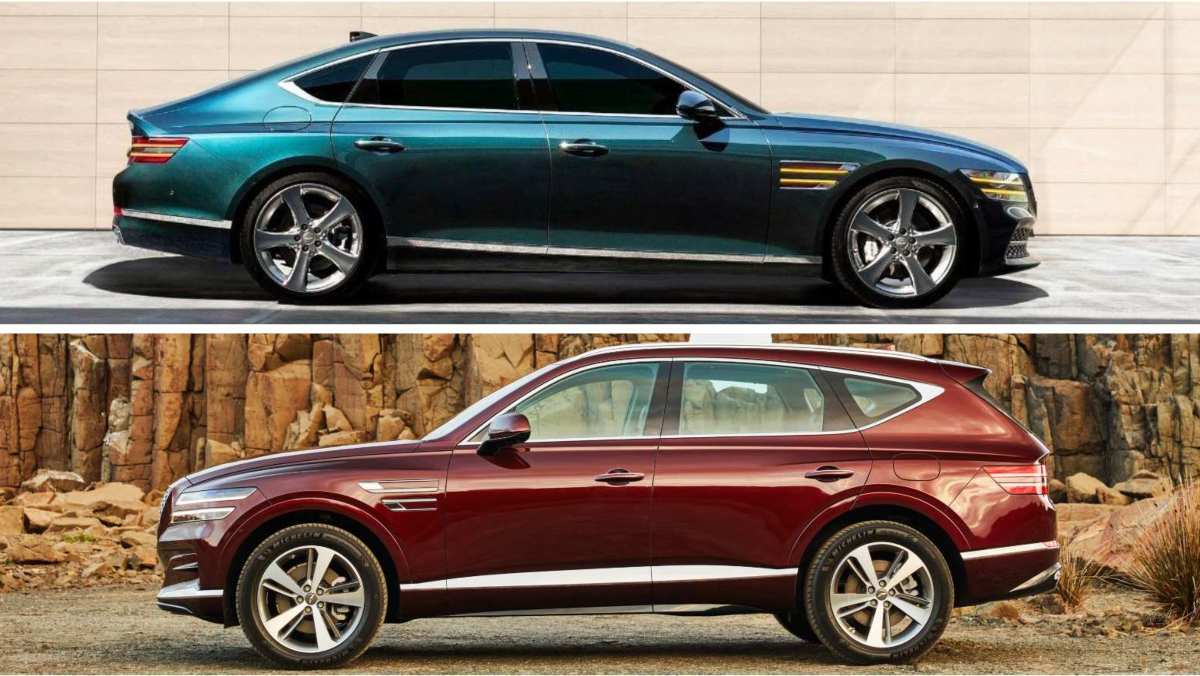 Crossovers are selling far better than sedans, but are they better vehicles? Our sedan vs crossover comparison guide looks at what they each have to offer.

The sedan is no longer the most popular type of vehicle in North America, having ceded the title to the crossover SUV back in 2015.

In 2008, the trunked, four-door passenger car accounted for almost 50 percent of all light-vehicle sales. By 2021, that figure had dropped to less than 20 percent.

Crossovers, on the other hand, now account for over 40 percent of all light-vehicle sales, and their popularity only continues to grow.

So, you may be asking, what is it about crossovers that have consumers flocking to them en masse? Are they really better than sedans, or are we just amid a craze that will die out soon enough?

Our sedan vs crossover comparison guide answers these questions by comparing both body styles using the most important car-buying criteria and picking an overall winner.

Difference Between Sedans And Crossovers

We can’t begin the comparison without first introducing each vehicle type. While different in many ways, sedans and crossovers are a lot similar than most people realize.

A sedan is a passenger car with three separate sections: An engine compartment, a passenger compartment that typically has two rows of seating, and an enclosed trunk. It also has four doors.

The trunk and passenger compartment are separated by the rear seatback and a fixed package tray below the rear window; however, many sedans offer rear seatbacks that can be folded down to open a pass-through, allowing you to haul objects that are normally too big for the trunk.

Don’t be fooled — while some passenger cars such as liftbacks look like sedans from the outside, they are fundamentally hatchbacks. That’s because, with liftbacks, the cargo area is not separate from the passenger compartment, and there is a flip-up rear hatch like you see on hatchbacks.

You can learn about sedans in our detailed sedan buying guide.

A crossover combines elements of sedans and traditional, truck-based SUVs. It’s built on a car’s platform like all sedans are but has the tall, boxy body and general layout of an SUV.

Like hatchbacks and station wagons, crossovers have a two-box design, meaning there is an enclosed compartment for the engine and a second, much larger compartment for both the passenger cabin and cargo area.

The cargo area is not enclosed or separated by a fixed package tray, so folding the rear seatbacks links it fully with the passenger cabin to create a massive cargo hold. Instead of a trunk lid, access is provided by a wide-opening, roof-hinged liftgate.

Most crossovers also have a high ground clearance and are available with all-wheel drive. While two rows of seating is par the course, many large models offer a third row and can accommodate six to eight passengers.

To learn more about this type of vehicle, read our in-depth analysis of crossovers.

Introductions out of the way, it’s time to compare the two body styles.

We’re going to evaluate the capabilities of sedans and crossovers against a set of pertinent car-buying criteria to see which one is truly better or, at the very least, best meets your needs.

Crossovers are taller and generally longer than sedans, so passengers may enjoy more leg and headroom, especially those in the second row.

If you need to carry more than five people a sedan, with its maximum seating capacity of five passengers, isn’t going to cut it. Many large crossovers offer three rows of seats, allowing up to eight occupants to be carried.

Three-row crossovers are the reason why no one buys minivans anymore.

The tall, boxier bodies of crossovers result in substantially more cargo room than a sedan’s enclosed trunk can muster. That’s with or without the rear seatbacks folded.

Of course, having the seats folded essentially turns these vehicles into mini semi-trailers.

Needless to say, if you routinely have to haul large items or quantities, a crossover will be the better option.

The tall ride height of crossovers makes entering and exiting the interior easier for adults and tall individuals as it involves less bending and crouching, but kids and the physically impaired (e.g. the elderly) may find the lower seating position of sedans to be more comfortable.

Getting large items such as furniture in and out of the cargo area is usually easier with a crossover than a sedan, however, thanks to the former’s wider cargo opening and elevated load floor.

Sedans are easier to drive than crossovers because they are lighter and less top-heavy. They are easier to maneuver and park, making them more suitable for crowded urban environments.

You also get relatively more stability thanks to their low center gravity, especially when traveling at high speeds. Rollover accidents are less of a concern.

If you’re looking for a fun, exhilarating ride, performance-tuned sedans are a big step above performance crossovers.

An elevated ride height and seating position are big reasons why crossovers are so popular.

Compared to sedans, which sit low to the ground, most crossovers provide a higher seating position that gives the driver and passengers a little more visibility, especially when driving in heavy traffic.

The taller, more upright design of their rear section may also result in a better view out the rear window.

But then again, with everyone buying a crossover, is this really an advantage? Is anyone seeing better?

Crossovers are more versatile vehicles than sedans. Not only can they haul bigger items and larger quantities, but they are also better able to handle a wider variety of driving conditions.

That’s because they tend to have a higher ground clearance and most models are available with all-wheel drive (AWD) or four-wheel drive (4WD), qualities that can make navigating rough roads, driving in inclement weather such as snowstorms, and even offroading easier.

Sedans, on the other hand, have a low ground clearance and are typically not offered with AWD or 4WD. They are intended mostly for urban driving and should be kept away from potholes and rocky roads.

Crossovers also tend to have a greater towing capacity than sedans, but not always. Towing a camper or boat may be more feasible with one, though you should always check to make sure your particular model has the capability.

Since crossovers are bigger, heavier, and less aerodynamic than sedans and depend on bigger, thirstier engines, even the most fuel- or energy-efficient model will deliver worse gas mileage than a comparably-sized sedan.

This is because they usually sustain less damage in collisions with smaller objects (e.g. a sedan) as a result of their bigger and heavier build.

What’s more, drivers report feeling safer in crossovers because of the greater sense of security provided by their elevated ride height.

Sedans and crossover can differ greatly when it comes to price. While both body styles are typically budget-friendly, sedans are often cheaper than crossovers of comparable size and specs.

In the U.S., the average price of a sedan is around $20,000, noticeably lower than the $26,000 the average crossover fetches. A Toyota RAV4 and Honda CR-V, for instance, are about $6,000 more expensive than their equivalent Corolla and Civic, respectively.

The amount of money you’ll save can be put towards getting more features for your sedan or used for other purposes.

The American Automobile Association’s annual “Your Driving Costs” study has consistently found sedans to be approximately 10-12 percent cheaper to own than SUVs after considering every vehicle ownership cost, including price, depreciation, fuel economy, and insurance.

Not only do they have lower MSRPs, but they are also cheaper on gas and cheaper to maintain and insure as a result of being simpler vehicles (most models don’t have complicated AWD systems, etc.).

Crossovers do, however, have an advantage when it comes to depreciation. Sedans tend to depreciate in value at a faster rate, in no small part because of the SUV craze.

Here are answers to several other popular questions regarding the sedan and crossover debate.

Is A Crossover A Sedan?

Crossovers and sedans have a lot more in common than people realize. Unlike traditional, truck-based SUVs, crossover SUVs are based on a car’s unibody platform as sedans are, making them lighter, easier to maneuver and park, and fuel-efficient.

In a way, crossovers are sedans that have the body and some of the capabilities of a traditional SUV.

Why Are Crossovers So Popular?

Crossovers are popular because they combine elements of traditional SUVs and passenger cars such as a sedan. They pair the practicality and some of the off-roading and towing capabilities of an SUV with the driving characteristics and fuel efficiency of cars.

Crossovers are toned-down SUVs. While not as tough or capable as truck-based SUVs, they’re not necessarily girly either.

The crossover SUV is a very versatile vehicle that’s often more capable than your average sedan or hatchback, especially when it comes to carrying people and driving over rough roads or in bad weather conditions.

So, are crossovers better than sedans as recent sales trends suggest? The answer really depends on your priorities and personal preferences.

As shown in our comparison of both vehicle types, they each have their benefits. Sedans are more affordable, easier to maneuver and park, and cheaper to own, while crossovers provide more room, better visibility, and superior towing and off-roading capabilities.

Taking the time to weigh their advantages and disadvantages against your lifestyle requirements and test driving as many vehicles as possible will help ensure you make the right choice.

If you found our sedan vs crossover comparison guide helpful, share it with your friends, family, or anyone you think will find it useful. You might also be interested in our hatchback vs SUV and crossover vs SUV comparison guides.

What To Do After Buying A Used Car

what to ask when buying a used car 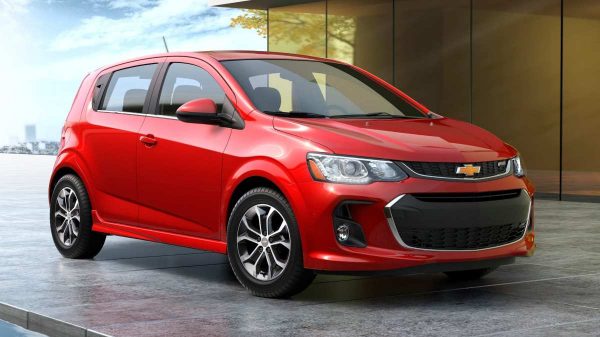 What’s the difference between an economy and a compact car, and which one should you get? Our economy vs compact comparison guide has your... 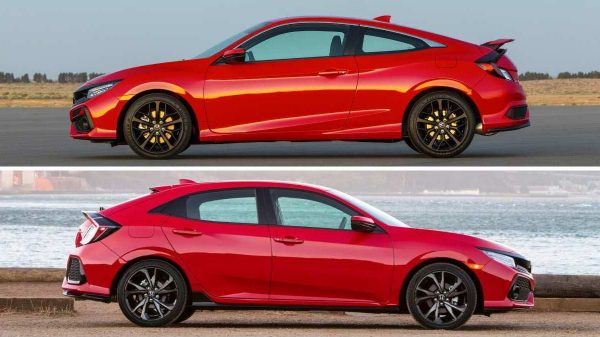 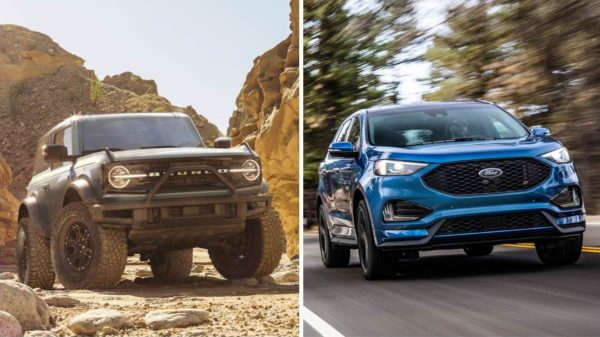 What is the difference between SUVs and crossovers? Our detailed crossover vs SUV comparison guide answers that question and many others to dispel any... 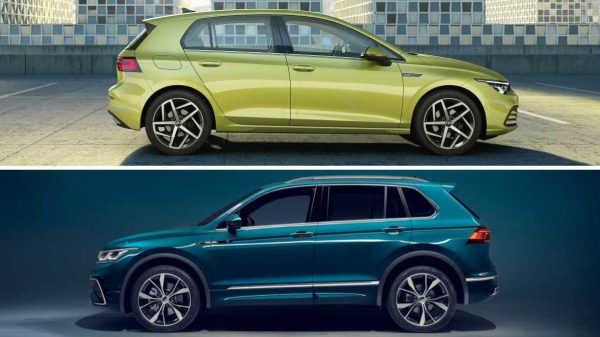 Are SUVs truly better than hatchbacks like many people believe? Find out in our detailed hatchback vs SUV comparison guide. SUVs have been outselling...